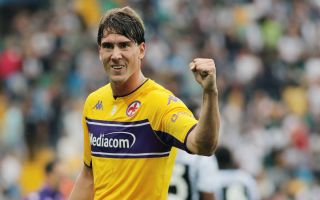 AC Milan are reportedly one of the teams on stand-by ready to pounce as Dusan Vlahovic’s future at Fiorentina is set to reach a crossroads.

According to what is being reported by La Nazione (via Calciomercato.it), the Fiorentina president and owner – Rocco Commisso – has given the Serbian striker an ultimatum to decide on his future and whether or not he is going to sign the big renewal offer made to him.

Fiorentina are still waiting for a response from the player and his entourage, with Commisso still hoping to get a positive response, but the player’s agent is needed in Florence to quickly close the negotiation as it has been going on for months now.

The big clubs are circling and monitoring the situation as Juventus, Inter and Milan above all are ready to enter the fold, if he does not renew and his deal expiring in 2023 remains in place. The report headline mentions it being a ‘€70m hit’.