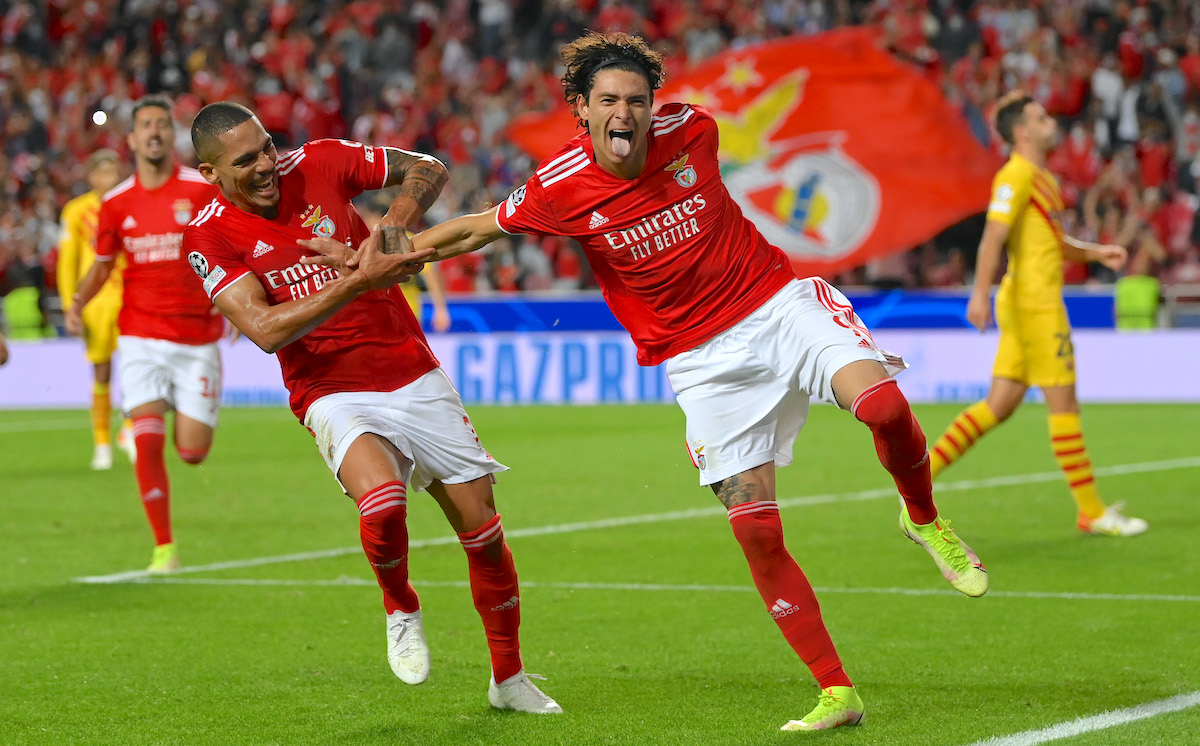 The agent of Benfica striker Darwin Nunez has downplayed the speculation linking his client with a move to Italy, but a report has revealed that AC Milan are interested.

According to Calciomercato.com, Nunez is a player that has caught the attention of Milan and Juventus in Italy, but in general the Uruguay international is among the most courted strikers in Europe with a number of teams impressed by his exploits for the Lisbon-based club.

The 22-year-old joined from Almeria over the summer and he already has 5 goals in 9 league games plus 3 in 4 in the Champions League which also includes a brace against Barcelona.

His agent Edgardo Lasalvia spoke to TuttoJuve about the future of his client and in particular responded to the market rumours surrounding Nunez.

“Darwin really has great potential, but we are not conditioned by the rumours of the newspapers. We look at it with tranquility and pride, he must not be enchanted by rumours. He is aware that he is living a beautiful moment. He already knows that he will have to continue like this, keeping his feet on the ground,” Lasalvia said.

“Out of respect and as a matter of professionalism, I cannot say the names of the teams we spoke to. The top European clubs have called us to buy Darwin, this means that he is working well.

“We are in contact with Benfica, in the coming days I will arrive in Europe and there will be a meeting with Rui Costa. We will work for a negotiation which will take place in June or July. We are calm, we try to do the best for him and for Benfica.”

It is certainly a very clear admission from the agent that Nunez is already thinking of his next career move, with a switch of clubs on the cards next summer.