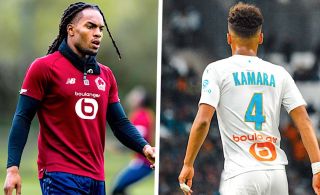 AC Milan are considering making a move for a midfielder in the January window as they are worried about how the department will hold up during the African Cup of Nations.

Milan will lose both Ismael Bennacer and Franck Kessie for the African Cup of Nations early next year and will find himself with only Tiemoue Bakayoko and Sandro Tonali able to play that role, and the former hasn’t yet offered the right guarantees both physically and from a performance point of view since his return from Chelsea on a two-year loan.

Calciomercato.com reports that the current feeling is that there is not enough cover during that period, even if Rade Krunic can also play in a deeper role if necessary. It is no surprise therefore that Paolo Maldini and Ricky Massara have been moving for some time also with a view to replacing Franck Kessie, who is set to leave at the end of the season.

The hottest name is that of Renato Sanches, who has the same agent as Leao – Jorge Mendes – with whom talks are on over a renewal. However, the operation with Lille will not be cheap and it is therefore difficult to complete it in January.

The alternative could instead be Boubacar Kamara who has rejected the latest offer from Marseille to extend his current deal which is expiring on 30 June 2022. Milan are observant and could offer Marseille a compensation sum in January to beat the competition.

READ MORE: Pioli able to rely on Tomori and Tonali – the two irreplaceable leaders of this Milan