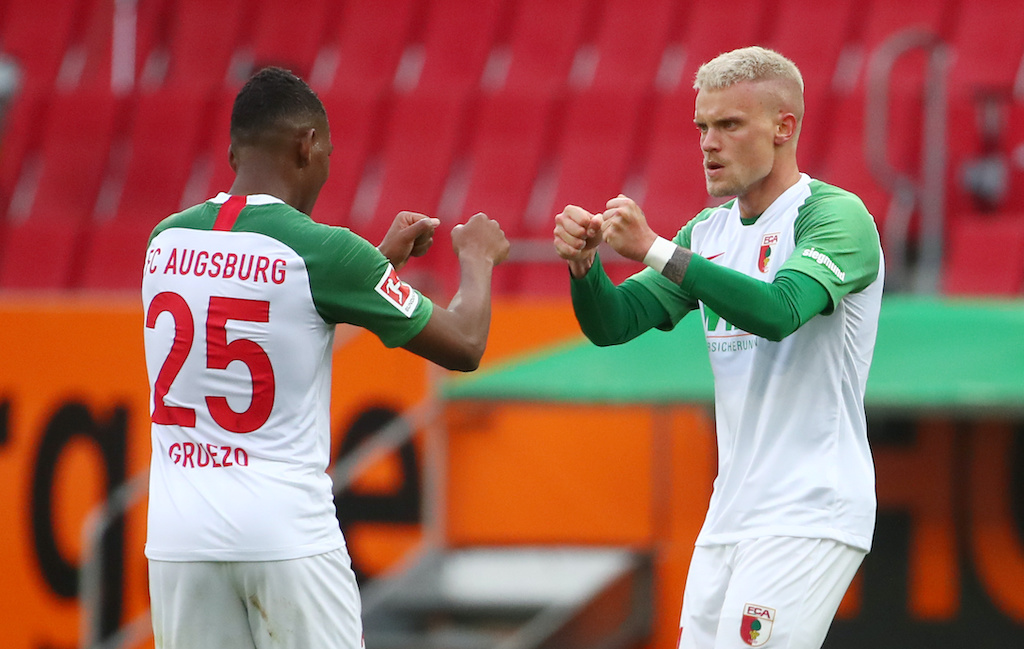 AC Milan have set their sights on the signing of Augsburg wide man Philipp Max for the upcoming summer window, a report claims.

Max has been at Augsburg for five years since he joined from Karlsruher SC back in 2015, and he is capable of playing as a left-back, left midfielder or a left winger, meaning he is incredibly versatile.

This season alone he has eight goals and five assists in 28 Bundesliga appearances for the Bavarian club, something which has attracted the interest of Milan ahead of the probable arrival of Ralf Rangnick as the club’s next manager.

According to the latest from Alessandro Jacobone on Twitter, the 26-year-old is indeed the new name that Milan are looking at to strengthen the left side due to his versatility, and his ability to slot into Rangnick’s 4-4-2 as either left-back or left midfield.

It was actually reported by Il Tempo (via The Laziali) earlier in the month that Lazio are also keen on signing Max this summer.