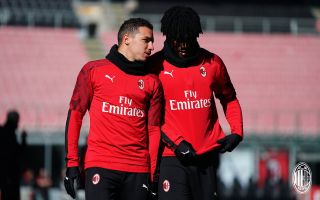 MN: Pioli loses Kessie and Bennacer – the solutions considered to cover their absence

AC Milan will lose two crucial members of their midfield when Serie A action resumed due to the African Cup of Nations, forcing Stefano Pioli to get creative.

According to MilanNews, the one certainty at the moment is that Sandro Tonali will be the man that the midfield is engineered around during a season in which he is experiencing an extraordinary metamorphosis compared to his debut season.

The ex-Brescia man is the only Rossoneri player to have played all the games this season together with Alexis Saelemaekers, and he will have only two natural companions in the department in Rade Krunic and Tiemoue Bakayoko.

However, the Bosnia international has been used mostly as a winger or as an attacking midfielder rather than a midfielder so far this season, while Bakayoko is not having a great patch of form and has struggled since returning.

The third option takes into account further difficulties and that would be moving the right-back Davide Calabria into the midfield as he has done before in emergencies. The idea of an early loan return for Yacine Adli or Tommaso Pobega is out of the question, the report adds.

READ MORE: Injury returnees mean Milan are unlikely to sign more than one player in January