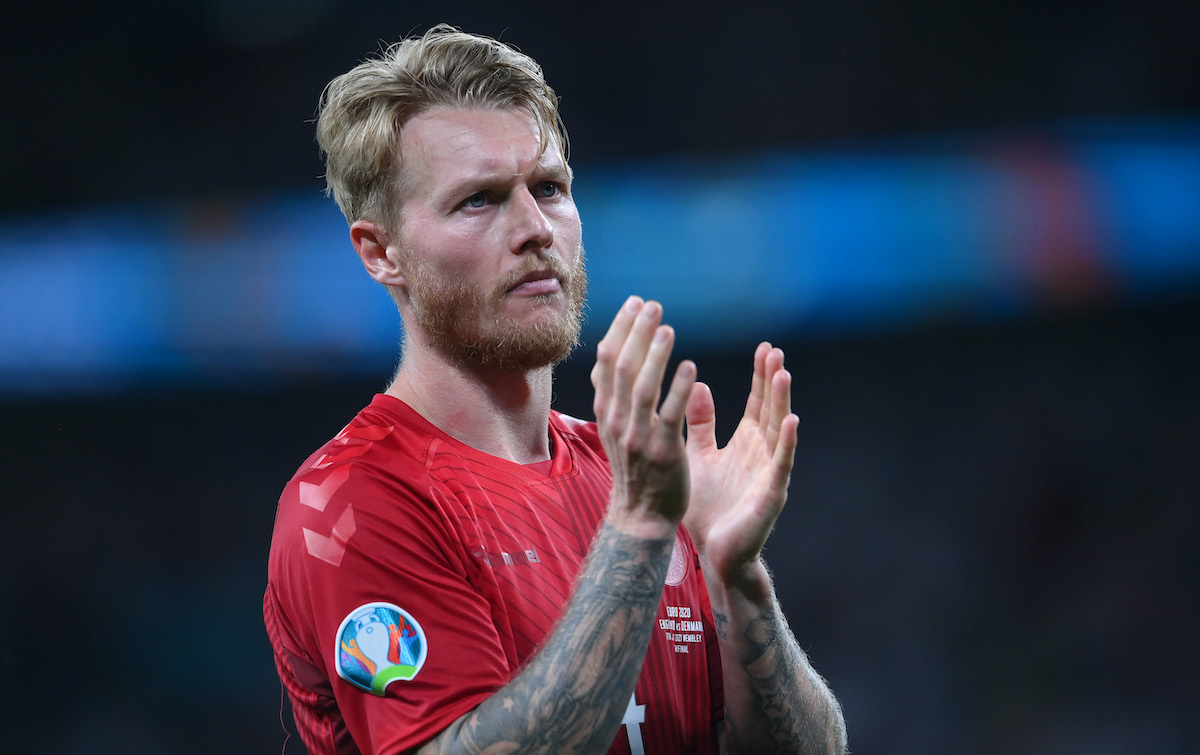 AC Milan defender Simon Kjaer has vowed to come back stronger than ever after his injury setback as he was named the Footballer of the Year by The Guardian.

It was announced last month Milan’s official website that Kjaer underwent an arthroscopy on his left knee to reconstruct his anterior cruciate ligament and re-insert his medial collateral ligament. The operation was carried out at the La Madonnina Clinic and was perfectly successful, but he will be out for at least six months as a result.

It was just the latest incident in a very chaotic year for Kjaer which included leading Milan back to the Champions League and leading his country Denmark to the semi-finals of the European Championships, a tournament in which he received widespread praise and admiration for helping to save the life of Christian Eriksen.

Kjaer spoke during an interview with the The Guardian after being presented with the award, reflecting on how 2021 went for him and the various incidents he was involved in, with MilanNews relaying his comments.

On the emotions experienced in 2021…

“Positive, negative, we went through everything. All possible emotions. We had it all.”

On the life-saving gesture to Eriksen…

“I appreciate all the positive words and gratitude. I am honoured. But as I have always said, my reaction was impulsive and so was everyone’s. What we did, we did it as a team. I would not have been able to do it. keep calm if I didn’t have someone to lean on. He was a friend of ours: not a colleague, a friend. This made it so much more intense, and what we did was instinctive.

“I don’t think we can prepare for anything like that. I know, as far as I’m concerned, that I couldn’t have done any of this without my team by my side. At the end of the day it was all for one purpose and it was for Christian, for his well-being at the time and for his family.”

On the following days…

“We tried on all of them. We allowed ourselves to train for an hour, an hour and a half a day, and then to go on with all the difficulties that the days would bring.”

On his relationship with football…

“The football field is the place on earth where I feel most comfortable. When certain things happen, you carry it with you for the rest of your life. it also allows you to play better football than before.

“I let myself have fun and this gives me a more relaxed approach; a more dedicated approach but where, at the same time, I am resting. I love to play football, I have always loved it, but not I have another 10 years so I have to appreciate the time I have left.”

On the injury he suffered…

“In the big picture this is just my leg and it’s just football, although both are quite important for a footballer. I’m fine, my family is fine and I’ll be back on the football pitch. I prefer to see it as a positive opportunity and rare.

“I have often thought about what it would be like to spend two or three months away from games, both to be creative in optimising my game and to make my body stronger. Normally this is never possible in a career. I would rather not being injured but I have to accept it, work to overcome it and come out with a stronger version of myself.”

“In my mind I’m a guy who grew up in a small town and my feet are solidly planted on the ground. But sometimes you have to be a little arrogant, a little ignorant, about your abilities because they’ll push you a little harder. If you’re playing against Messi or Ronaldo, they’re probably better than you.

“But if you know you kick your ass every day, you can say to yourself, ‘Who’s a better defender in the world right now?’ but in the right conditions… I believe I am the best, I have to believe it. Otherwise I will never be, and I will never give 100%.”