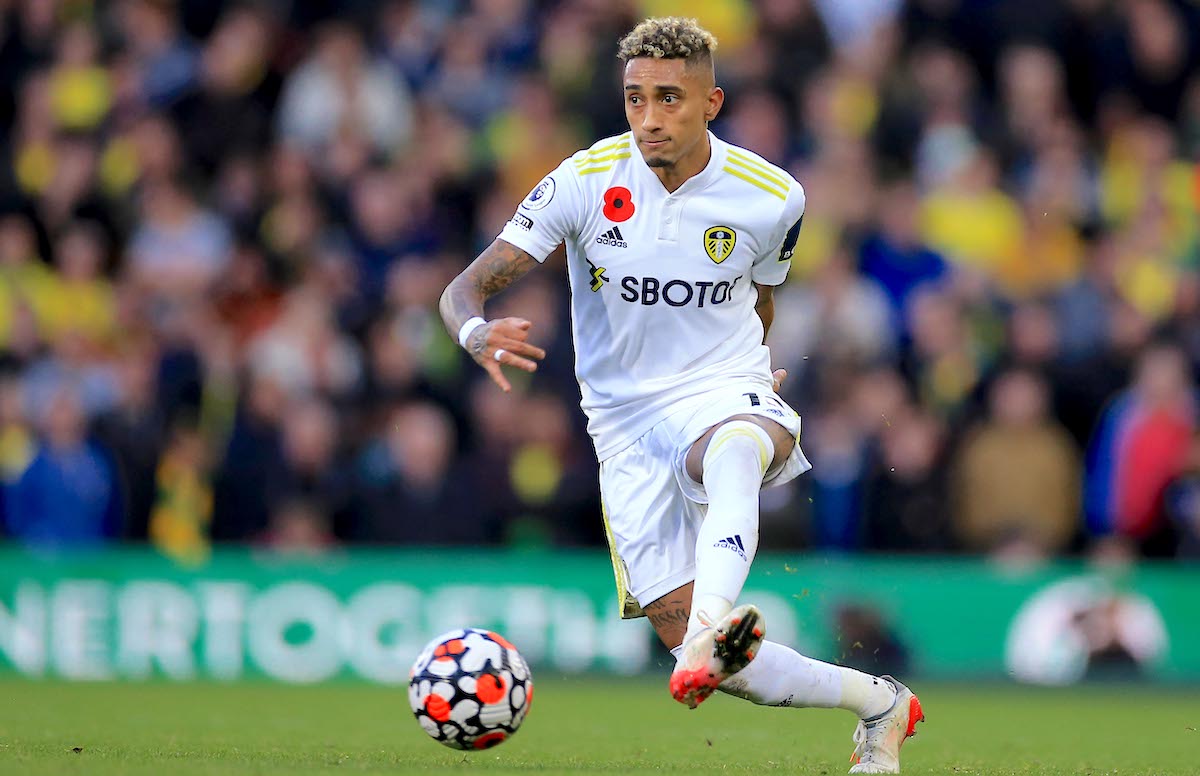 AC Milan are lining up a bid for Leeds United winger Raphinha as they look to reinforce their attacking department, according to a report.

Tribal Football cite ‘local sources’ in claiming that the Rossoneri are weighing up an offer for the Brazil international having monitored his progress since he was playing for Ligue 1 side Rennes. Given that we know how much Milan scout the French market for young talent, this is perhaps not a surprise.

The report also adds though that Premier League side Liverpool and Ligue 1 giants Paris Saint-Germain are also reportedly in the running for the 24-year-old, who has scored an impressive 5 goals in 10 starts for the Yorkshire club.

Milan may need a player for the right side of the attack if Samu Castillejo is sold during the summer, and someone who offers a different skillset to Belgium international Alexis Saelemaekers, who has struggled for end product so far this season.