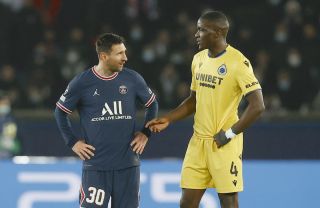 AC Milan are going to find it very hard to sign Sven Botman from Lille, so naturally a list of potential alternatives has been drawn up, according to a report.

Tuttosport (via MilanNews) reports that Paolo Maldini and Ricky Massara will try hard to land Botman as he is their number one target, but they are keeping their options open given his high asking price and the competition to land the 21-year-old.

One alternative is Abdou Diallo of PSG who can also play as a left-back, but they want €25m to sell him. Loic Bade of Rennes is on the list too and the 21-year-old can leave via a loan formula as per the paper despite the fact he only joined from Lens a few months back.

Stanley Nsoki of Club Brugge and Samuel Umtiti of Barcelona are considered but the latter is not the most fitting profile at the moment, while Malang Sarr of Chelsea has been offered to the Rossoneri by his agents amid a lack of playing time.

Marcos Senesi of Feyenoord (24) is a target once again after the Rossoneri enquired about him before focusing on signing Fikayo Tomori, while Fenerbahce’s Attila Szalai and Malmö’s Anel Ahmedhodzic remain as background targets.