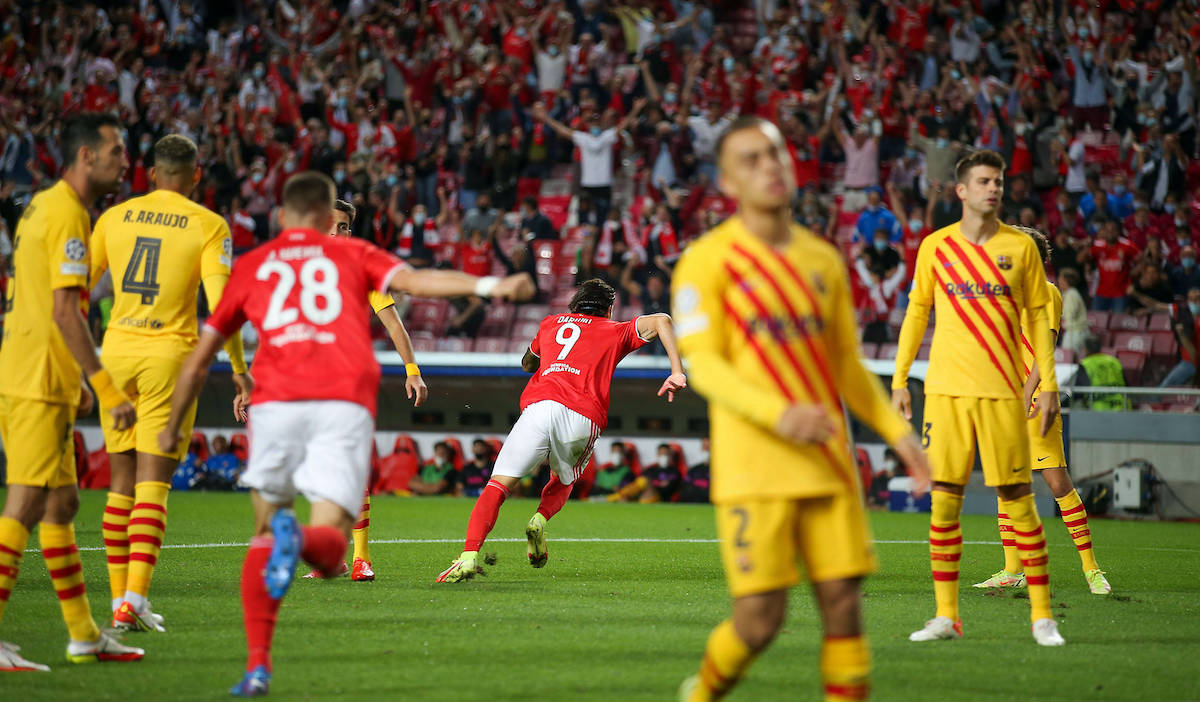 Milan among top European clubs to have had a scout present at Benfica vs. Barcelona

AC Milan were one of the clubs who had a scout in attendance at last night’s Champions League game between Benfica and Barcelona.

Melissa Reddy published a list of the teams who had a delegate in attendance at the Estadio da Luz as the home side ran out 3-0 winners. Milan, Arsenal, Chelsea, Liverpool, Manchester United, Manchester City, Tottenham, Crystal Palace, Leicester, Leeds, Bayern Munich and Borussia Dortmund are amongst a lengthy list of clubs to have scouts in attendance at Estádio da Luz tonight

Who could Milan have been scouting? As a stab in the dark, it must be recalled that Milan were linked with a move for Benfica striker Darwin Nunez, and he actually scored the opening goal for the Lisbon-based club.

Calciomercato.com reported the Rossoneri’s interest in Nunez, while earlier today the same source stated that Maldini and Massara have not stopped their search for a striker and are looking at potential market opportunities.

The full list of scouts at Benfica’s 3-0 win over Barcelona pic.twitter.com/4di3jHIJuq