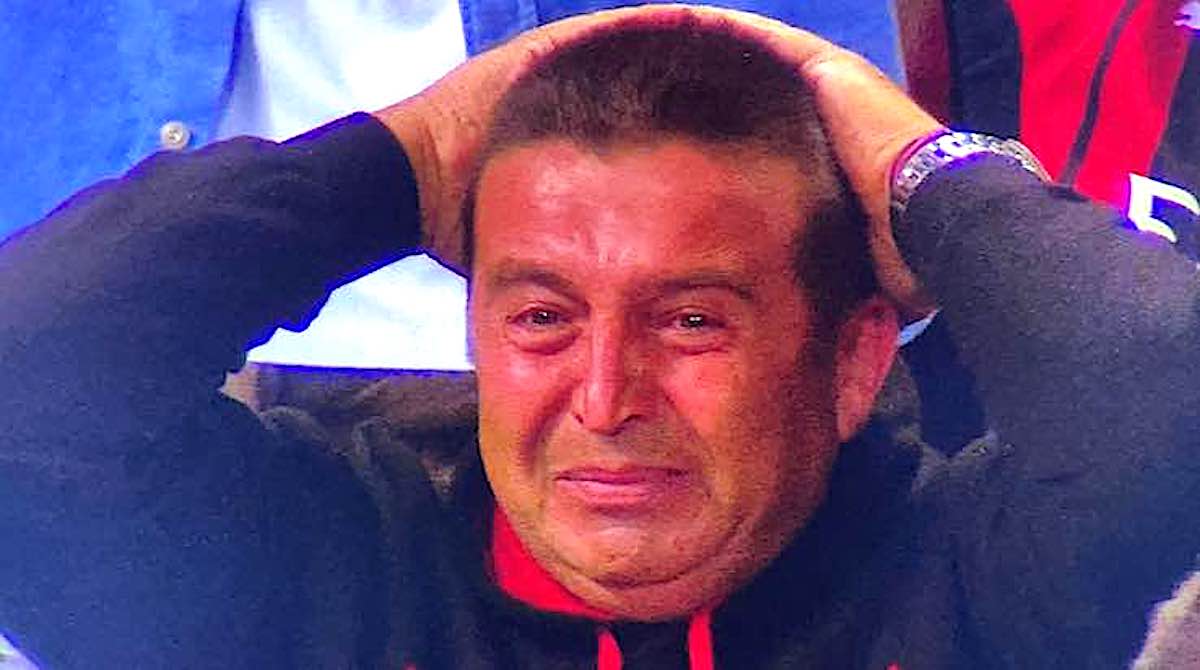 An AC Milan fan went viral on Wednesday night after being spotted by the cameras in tears after the team took at 2-1 lead at Liverpool.

The man in question is called Claudio, a 50-year-old Milan fan who was filmed crying like a child after the second goal went in right in front of the 500 Rossoneri fans who made it to Anfield for the team’s Champions League return.

He was interviewed by Alessandro Jacobone on his YouTube channel and Claudio Casoni spoke of the emotions he experienced on that night.

“Coming to this stadium has always been a dream, I had promised myself to paint for the my 50 years. I took my whole family with me, I got the chills hearing You’ll Never Walk Alone,” he said (via MilanLive).

“It was been five minutes that I still can’t explain. I was in the front row and I saw a lot of people falling on me. Those hands on the head with lots of tears represent the disbelief and emotion of that moment. Before Diaz’s goal I had my son next to me: at a certain point I didn’t see him anymore.”