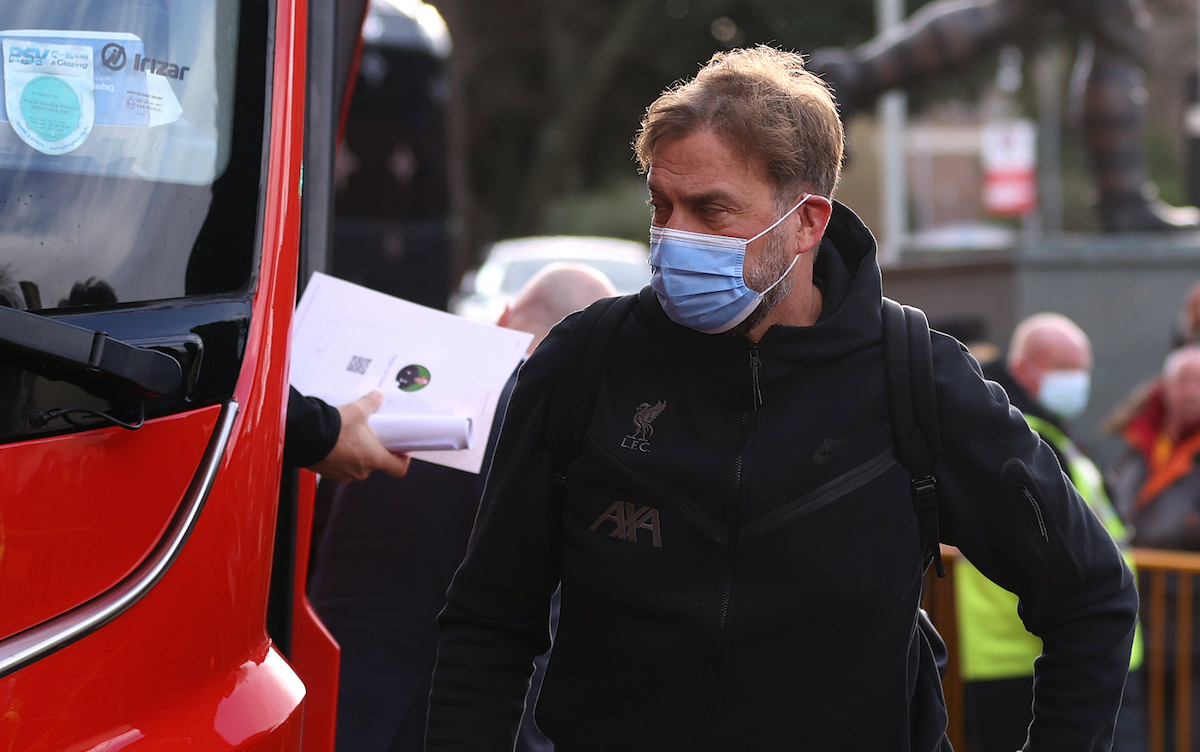 Klopp explains advantage of being ‘really fresh’ vs. Milan as four key Liverpool have not travelled

Liverpool boss Jurgen Klopp believes that there is an advantage his side can get from the fact they are set to rotate and bring in some fresh legs.

The Reds will become the first English club to win all six games of a Champions League group phase if they beat Milan this evening, but they are currently in the heat of a battle to secure supremacy in the Premier League and have not only already qualified for the last 16 in Europe but have also already sealed top spot.

This means that Klopp is expected to rotate with some key names therefore expected to miss out of tonight’s match at San Siro. For example, multiple reports (such as one on Neil Jones) are claiming there is no sign of Virgil van Dijk, Jordan Henderson, Jota and Thiago in the Liverpool squad for tonight’s trip.

The German responded to the notion of rotating players by affirming that making changes could actually bring some benefit for his side given the energy levels of the players who will take to the field.

“You make changes because you want to have fresh legs in a game like this, and that’s what we will have. That means we will be a team who is really fresh and will go for it, so I hope we will see that,” he said (via AnfieldWatch).

“In the situation we are in with five games in fifteen days and if we would have to win the game today, the stress would be incredible to be honest. I’m really happy that’s not the case because it’s just too intense.

“Because the next fifteen days we will have exactly the same. It just stays like this until the end of January or something like that so it’s a really tough period. Some players could not have played anyway because of the intensity in the last few games. We will have to make changes and we will make changes.”

READ MORE: Milan try to understand cause of 18 muscle injuries this season – a possible reason