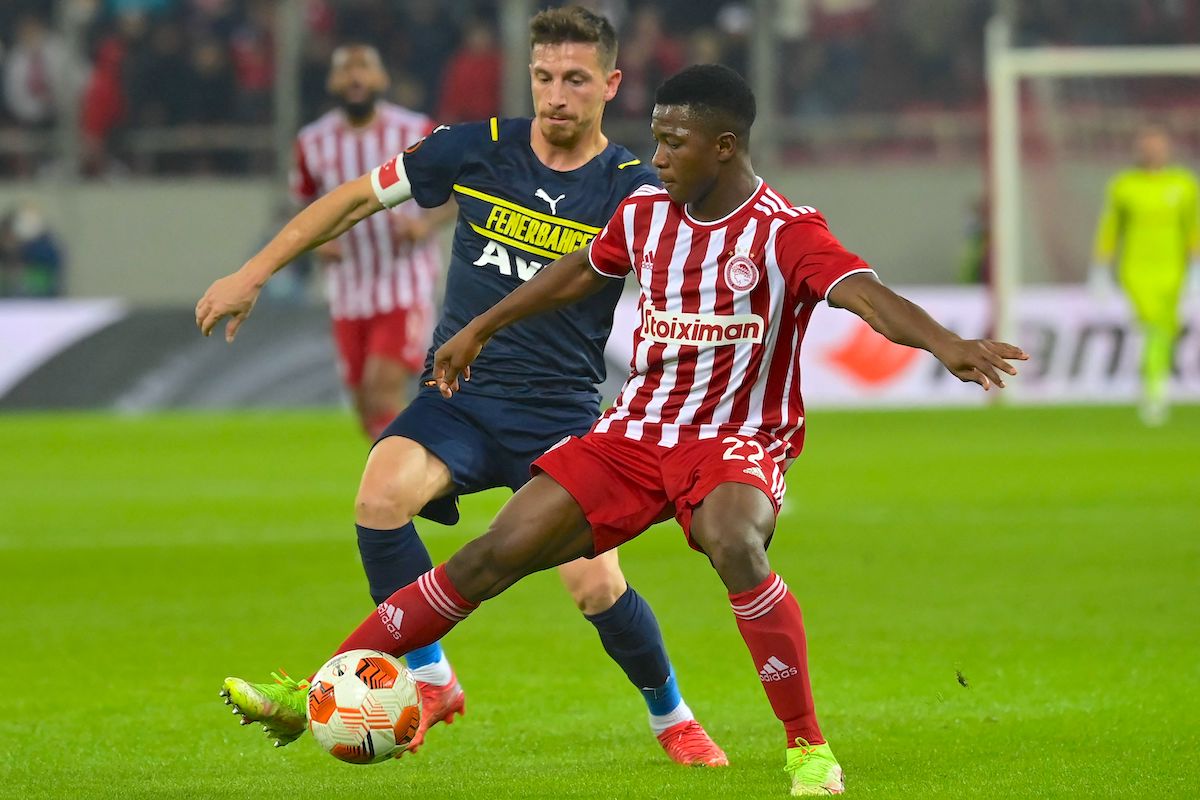 AC Milan and Liverpool are two of the clubs taking an interest in signing Aguibou Camara from Olympiacos, according to a report.

According to Calciomercato.com, Camara promises to be one of the stars at the upcoming Africa Cup of Nations where he will play for Guinea, who were drawn in group B with Zimbabwe, Malawi and Senegal. Scouts from top European clubs will be at the competition and he should be under observation by Liverpool and Milan, who have been monitoring his growth for some time.

The 20-year-old has 5 goals and 4 assists in all competitions for the Greek side this season which has turned some heads. Lille were the first club to sign him as a teenager and then he moved on to Greece, paying €300k in training compensation to sign him essentially on a free.

Now Camara is worth 15 times more (around €4.5m), while a convincing African Cup of Nations could see his price soar.

READ MORE: The latest on the condition of Ibrahimovic, Leao and Rebic after Sunday’s training