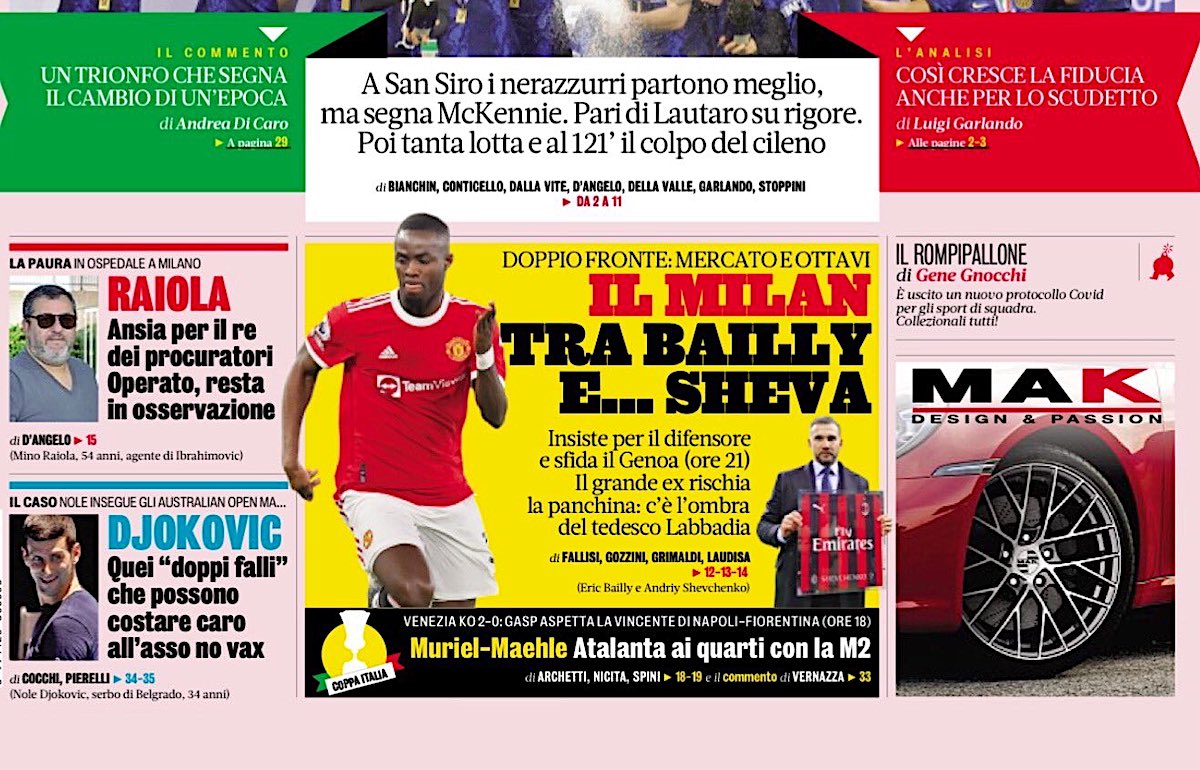 There is currently a back and forth raging between AC Milan and Manchester United regarding transfer target Eric Bailly, according to a report.

According to what is being reported by La Gazzetta dello Sport (via MilanNews), Milan have shelved their pursuit of Sven Botman until the summer because Lille do not want to sell, which is why Bailly has become the first choice target. It promises to be a complicated negotiation but not because of the player himself, who would gladly join the Rossoneri.

The issue is that Manchester United are putting up a wall and do not want to send Bailly out on loan. The latest talks between Milan executives and intermediaries involved in the operation have not led to substantial progress, with Paolo Maldini and Ricky Massara only interested in a loan with option to buy.

The problem is that United want to sell outright, having purchased him for €40m back in 2016 from Villarreal. However, Milan’s management are in no hurry and know that the market can throw up other opportunities, with Abdou Diallo of Paris Saint Germain remaining a target too.

READ MORE: Probable XIs for Milan vs. Genoa – Rebic and Tomori return plus a chance for Maldini