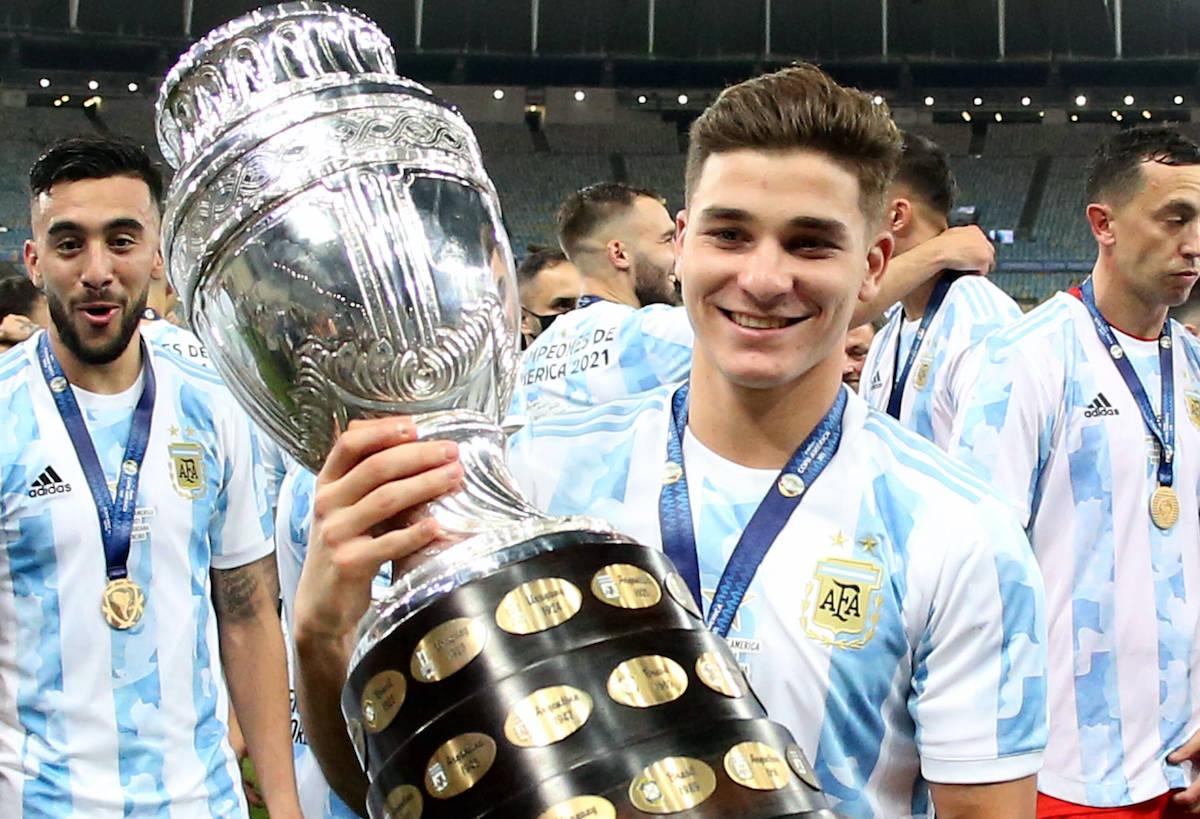 GdS: Milan and Inter competing with Man Utd for River Plate star with agent due in Italy

The battle to land Julian Alvarez of River Plate is about to get very heated it seems with at least five teams keen on talking to his agent, a report claims.

According to La Gazzetta dello Sport (via MilanNews), Alvarez could well have played his last game for River Plate already after a campaign in which he was top scorer in the league. The fact his contract expires in the winter means several clubs are attentive to the opportunity.

Inter are on pole to get their hands on the 21-year-old as per the newspaper, but Milan are certainly not out of the running just yet and they have long had their eyes on the player. His agent Fernando Hidalgo will be in Milan in the next few days, but he is also planning meetings in London.

That is because the list of clubs interested in his client also includes Premier League duo Manchester United and Newcastle United as well as LaLiga champions Atletico Madrid.