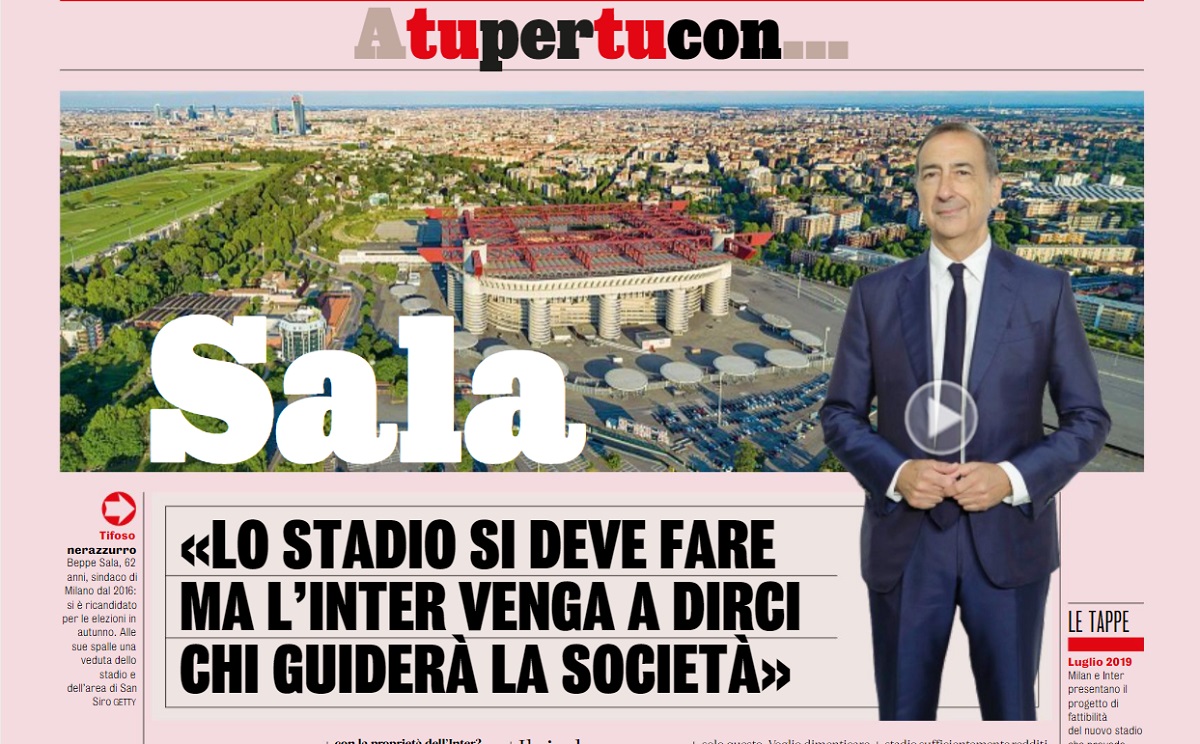 AC Milan and Inter have been working on their stadium project for a very long time now, looking to relaunch the area where Guiseppe Meazze currently is. However, it hasn’t been an easy process, with several roadblocks.

At first, it seemed the COVID crisis would help the two clubs as it would further fuel the city council to invest in the city and get a fresh start. However, Inter’s financial troubles have stopped the project for the time being.

In an interview with Gazzetta Dello Sport, as cited by MilanNews, Milan mayor Beppe Sala was asked about the stadium project. He confirmed that the new stadium must be built, but asked questions about Inter’s ownership and their way of handling things.

“I believe that the stadium must be built, I have not changed my mind. But the point is another: the stadium is worth less than half of the real estate project proposed by Inter and Milan.

“Also, is it really so illogical that we want to know who are behind the project, to whom will we entrust the relaunch of the neighbourhood for several years? Inter’s reaction surprised me. I wonder if they are badly advised.

“I would ask President Zhang ‘In China, would they be allowed to talk about institutions the way they did with me?’ I have some doubts… However, I want to do the good of Milan, I’m not offended and I keep saying the stadium is a good opportunity for the city.

“But to close a negotiation, you need to know who you’re closing with. If Inter comes to me and tells me that Suning’s investment continues, I will reactive the dossier. Even if they can guarantee the continuation of the investment that’s enough for me,” he stated.

It remains to be seen when Milan and Inter will receive the go-ahead, but right now a lot depends on the corporate future of the Nerazzurri. They are in a lot of debt and will have to find someone to buy a stake in the club or sell it completely.