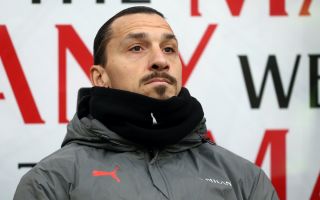 CorSport: Meeting scheduled for March to consider Ibrahimovic’s plans for the future

Zlatan Ibrahimovic has decided when he will make a call regarding his future and the renewal of his contract, according to a report.

This morning’s edition of il Corriere dello Sport (via MilanLive) reports that Ibrahimovic’s target is to continue playing beyond the end of the season despite the fact he is now into his 40s, as he brushed off the Achilles tendon problem that caused him to miss the first few games and is the top scorer once again for the Rossoneri.

His target is to win the Scudetto with Milan and to make the World Cup in Qatar with Sweden and Ibra is convinced he can do it, but it will still be necessary to wait a few months to see what his future holds at club level beyond next summer.

There is an appointment already set for March to discuss the Swede’s future because in the Spring it will be possible to get a better understanding of his physical condition as well as his motivation to continue. Milan are aware though that one day they will have to do without Ibra.