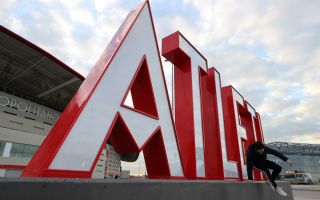 CorSera: Milan face a do-or-die game against Atletico Madrid as UCL hopes hang by a thread

As il Corriere della Sera (via MilanNews) writes this morning, Milan know a win is the only option or their European journey will end after the game against Liverpool at home. They will also try to win by two or more goals and thus have a better goal difference in head-to-head clashes against Atletico, which would be the deciding factor if the teams finished level on pointed.

The road to the knockout stages is uphill, but it is not impossible. First of all the Rossoneri need to win against Atletico Madrid and Liverpool and then hope that Porto will not register more than one point in the last two games of the group. The fate of Milan is therefore not completely in their hands as they are depending on other results.

Winning tonight would also be important to immediately forget the first Serie A defeat of the season against Fiorentina on Saturday. Qualification for the knockout stages of the Champions League remains hanging by a thread, but Milan have not given up yet, and they want their first win in over seven years.

READ MORE: Atletico Madrid star reveals he ‘had the opportunity’ to join Milan but is ‘very happy’ to have stayed