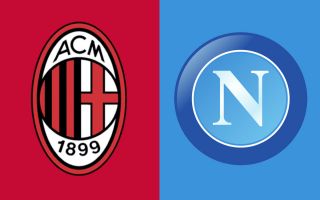 Home win drought and two teams in poor form: All the key stats ahead of Milan vs. Napoli

AC Milan will be looking to start a new winning streak tonight as they welcome fellow title challengers Napoli to the San Siro.

After having been held by Udinese last weekend and with Inter having gone four points clear with their win on Friday night, the pressure is on the Rossoneri to hit back and to try and make sure the race for top spot remains neck and neck going into the Christmas break.

You can read our preview here, while below are the best pre-match stats…

➤ Milan have only won one of their last 13 Serie A games against Napoli (3-1 in Campania in November 2020): five draws and seven wins for the Azzurri during this period. Since 2015/16, among the teams they have faced at least three times in Serie A, Napoli are the side against which the Rossoneri have won the fewest league games (just one).

➤ The last time Milan won at home against Napoli in Serie A came in December 2014 (2-0) under Filippo Inzaghi (Menez and Bonaventura as scorers); since then, three wins for the Campani and three draws.

➤ Since the beginning of November, Milan have picked up eight points from six games, Napoli five: ranking them 10th and 16th respectively in Serie A during this period.

➤ Napoli have lost their last two league games; the last time they went on a longer such streak in the Italian top-flight was in January 2020, under Gennaro Gattuso (losing against Inter, Lazio and Fiorentina on that occasion).

➤ Luciano Spalletti is unbeaten in his eight Serie A matches as manager against Stefano Pioli: six wins and two draws (including the one in the last meeting in February 2019, Fiorentina-Inter 3-3); Spalletti in particular is also unbeaten in his last 13 Serie A games against Milan (W10, D3), since Milan-Roma, 2-1, in May 2006.

➤ Milan have scored the joint-most goals (15, level with Inter) in the final 30 minutes of Serie A matches this season, while Napoli have conceded 54% of their goals during this period (7/13, including six of their last seven).

➤ Napoli have faced 28 shots on target in their last five league matches (5.6 on average per match); they had faced 11 in total in their previous five (2.2 on average per game).

➤ Milan’s Zlatan Ibrahimovic has scored four goals in his last five Serie A games against Napoli, including a brace in last season’s reverse fixture: among the players to have scored at least seven goals in the competition this term, the Swede is the one with the best mins/goal ratio (one every 88 minutes on the pitch).

➤ Lorenzo Insigne has scored six goals against Milan in Serie A (level with Diego Armando Maradona): in the Italian top-flight history, only Luis Vinicio and Antonio Vojak (both seven) have found the net more times against the Rossoneri for Napoli.

➤ Milan are Matteo Politano’s favourite away opponent in Serie A: three goals at Meazza against the Rossoneri, including one in Napoli’s 1-0 win in March.