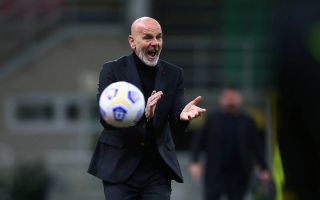 CorSera: Milan looking to start a new winning run against Napoli – an improvement is needed

AC Milan must dust themselves off after a difficult run of games in Serie A and get what would be a crucial victory when they host Napoli tonight.

As reported by il Corriere della Sera (via MilanNews), the Rossoneri know that they cannot look at the standings and pay attention to the results of others but rather they must get back to doing what they do best: focusing only on themselves and taking things one game at a time.

It is not the best moment for Stefano Pioli and Milan but they have no intention of giving up, especially given that we are not even halfway through the league season yet. Pioli sees in tonight’s duel an opportunity to resume the good run that was interrupted from November onwards.

Milan have done well against the big teams so far but Napoli are a difficult proposition. The target is to beat the tally of 43 points in the first 19 games of last season, which will be a tough task but would be made easier by three points tonight.