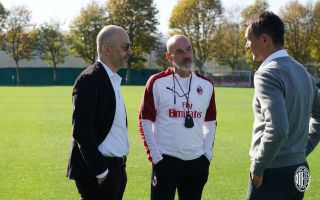 MN: Milan not set for a revolution in January as the main focus is clear

AC Milan are not expected to have a crazy January transfer window and will instead focus most of their effort and resources on one position, a report claims.

According to MilanNews, the Rossoneri know that they must make a signing in defence given Simon Kjaer’s injury, and Paolo Maldini and Ricky Massara have had around a month already to look into potential signings. The likes of Sven Botman, Abdou Diallo, Nikola Milenkovic and Bremer have been mentioned, but it is not excluded that the club are also evaluating other profiles.

A third striker could be needed given that Pietro Pellegri has not offered the right physical guarantees while a new playmaker – especially in the case of Castillejo’s departure – could be useful too. Another midfielder would be nice too, with Kessie and Bennacer heading to the African Cup of Nations.

However, it is also highly likely that the mercato will focus on a new central defender, but opportunities in other areas could be seized if they arise.