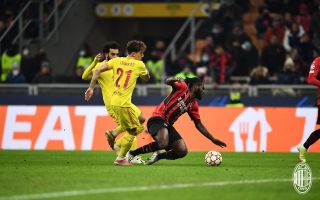 AC Milan should have had a penalty early in the second half of their 2-1 defeat against Liverpool tonight, according to a former Italian referee.

Graziano Cesari analysed some of the key incidents during his segment for SportMediaset (via MilanNews) and revealed his belief that on 49 minutes the Rossoneri should have been given a spot kick as Kessie went down.

The Ivorian ran into the area and got some contact from Tsimikas as he was about to get to the ball. The referee Makkelie and the VAR chief Van Boekel thought there was nothing in it, but Cesari thinks the Greek pushed Kessie and also made contact with the thigh of the midfielder.

This should be a penalty also in Europe as per Cesari and there is absolutely no shoulder to shoulder like was the justification of some supporters. Divock Origi would score the winner up the other end a few minutes later.