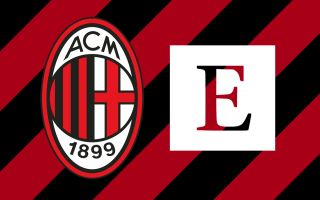 AC Milan have a ‘phase two’ in mind for their project under owners Elliott Management and in involves multiple different areas of the club, a report claims.

According to La Gazzetta dello Sport, the Rossoneri management want to shorten the time required to return to the top of Italian and European football, but they must do so in a sustainable way and one that does not put at risk the excellent work that has been done to improve the club’s financial health since the American fund took over.

Transfer market: From a playing squad point of view, the temptation is obviously to spend a lot of money on the squad and it would actually be possible given the financial power of Elliott, the improving club accounts and the ambiguity of Financial Fair Play. However, the big money signings like Paqueta and Piatek in January 2019 backfired so calculated risks are always the way.

Squad value: Increasing the value of the squad also means doing a good job with those who are already in the team. Maldini and Massara spent less than €100m to recruit Tomori, Tonali, Leao and Theo Hernandez, with Stefano Pioli helping each young talent grow. Added to that can be the likes of Kalulu, Bennacer and Gabbia.

Revenues: Moving to off-field matters, the target of CEO Ivan Gazidis is to increase the club’s revenues as much as possible, to bridge the gap with the top European teams. The Rossoneri are still almost €100m from being at break even but given the difficulties that Covid-19 has presented, there is progress. President Paolo Scaroni and Gazidis hope to hit break even in three years.

Brand and stadium: Then there is the issue of the new stadium. When ground breaks, hopefully shortly, Milan could soon share an important asset with Inter in terms of bringing in more revenue. It is a long path though as it will probably take four years to construct, a time during which the club also plan to continue the work of growing the brand in the international sphere.

READ MORE: Struggles to sell Zaza mean Torino are in no rush to pursue Milan forward