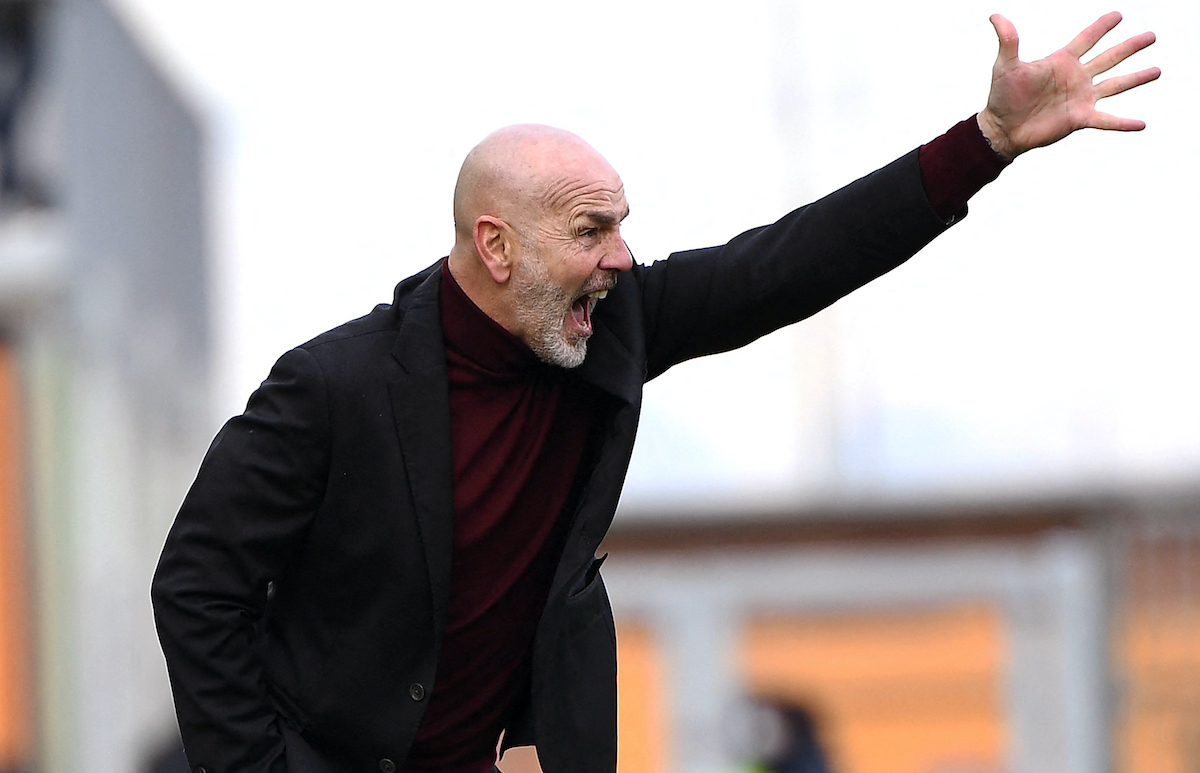 AC Milan begin their 2021-22 Coppa Italia campaign tomorrow night against Genoa, and Stefano Pioli believes it is an ‘important opportunity’ to show the qualities of the squad.

Heading into last season’s Coppa Italia quarter-final derby against Inter, Milan had reached the Coppa Italia semi-finals in each of the last three editions of the tournament. The Rossoneri haven’t enjoyed a longer streak than this since the four-year period lasting from 2000-01 until 2003-04, but the Nerazzurri prevailed by overturning a 1-0 deficit mainly due to Zlatan Ibrahimovic’s red card.

That sending off also means he won’t be available on Thursday night as Milan welcome Genoa to San Siro to kick off their latest cup run, looking to follow up consecutive league wins against Roma and Venezia to begin 2022.

Pioli did not do his usual pre-match press conference on the eve of the game against a Genoa side that have not had a resurgence since Andriy Shevchenko arrived there, meaning he is under serious pressure. Instead the Milan boss spoke to SportMediaset, with MilanNews relaying his comments.

What do you expect tomorrow night?

“The Coppa Italia is an opportunity to demonstrate our qualities. We must do our best in every competition.”

What goal do you have in the cup?

“The first objective is to win tomorrow. Genoa are experiencing a delicate moment, so I expect a very determined team. We will have to be ready and prepared to play a great match.”

“Yes. Ibra will not be there, it’s a shame because we are missing an important replacement during the match. Giroud is fine, he is close to his optimal condition. He will be the one to lead our attack tomorrow.”

Who will play in goal tomorrow?

“Tomorrow we will field the best team, so Maignan will play. Tatarusanu has been out for a week, I don’t know if he will be available for tomorrow.”

What do you expect from Rebic?

“All those who have recovered from injury need to train, but also to play to put minutes in their legs.”

For Shevchenko it will be a special evening…

“Sheva is intelligent, he is a capable coach and I wish him the best for his career. Unfortunately, all coaches have such a moment, but he is an intelligent person and will know how to bring out the best from this difficult situation too.”

Are you aiming to win the cup?

“Our goal is to win the next match, let’s not look too far ahead. The team has prepared well, came out well from the match in Venice. We are not many yet, but we are the right ones to try to do well.”

Is tomorrow a test to see Daniel Maldini’s progress too?

“Daniel is working well and growing a lot. He is a more complete player than last year, tomorrow could be a good opportunity for him too.”