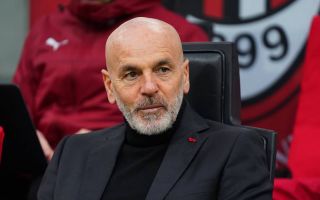 AC Milan are experiencing another tough spell under the guidance of head coach Stefano Pioli and it is not the first time he has had to overcome adversity.

This morning’s edition of La Gazzetta dello Sport (via MilanLive) reports how the first period of struggle was from February to March 2020 just before the start of the pandemic. In that month Milan managed 1 win, 2 draws and 2 losses, with 5 points earned out of the 15 available. Of course, that preceded the post-Covid run where the Rossoneri were almost unbeatable and found some of the certainties that have carried them to this day.

It was last season’s run during February and March of this year that was probably the biggest dip so far with 3 defeats, 2 wins and a draw, with the loss against Spezia a dire performance and then defeats to Sassuolo and Lazio too. In the end, this was the period that let Inter escape and win the league but also put the top four spot at risk.

The current run of 7 points amassed in the last 6 games is the third struggle, and in at least two of the three dips Milan have been killed by injuries, Covid and subsequent fatigue.