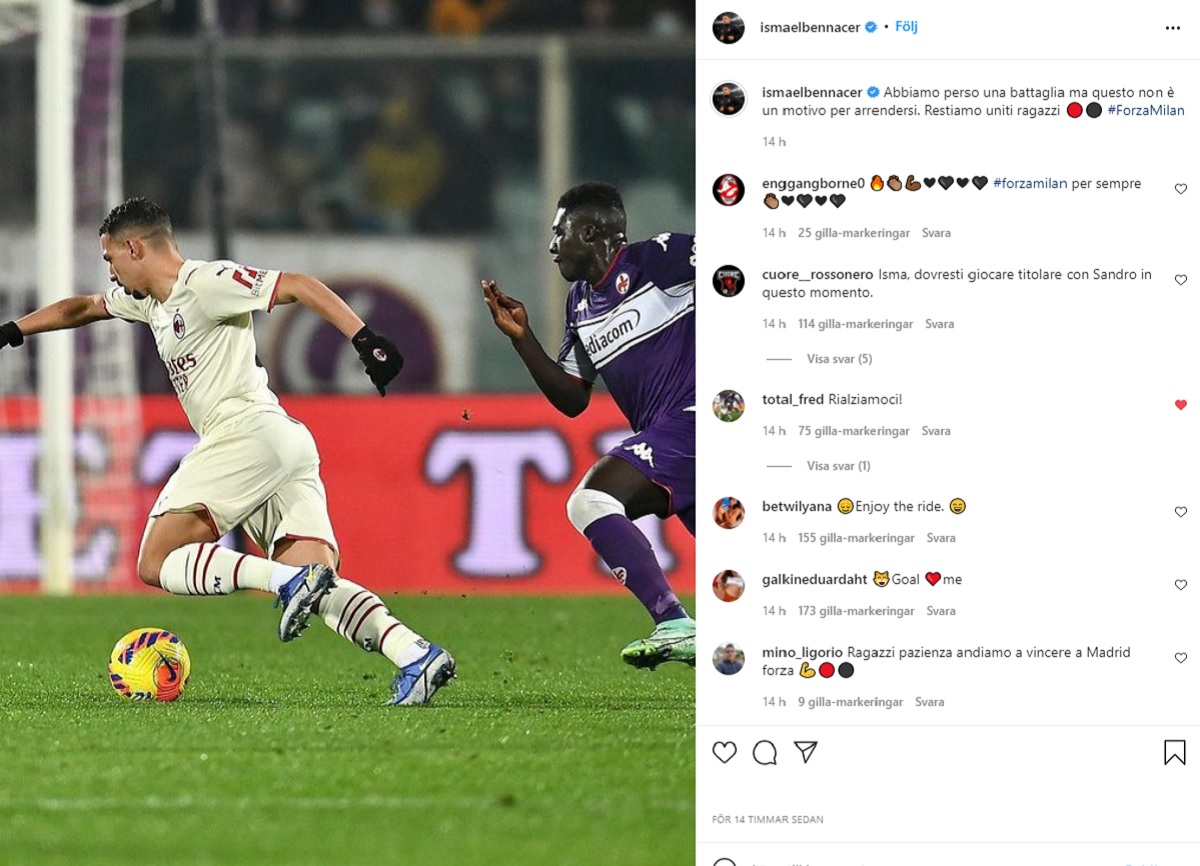 AC Milan suffered a tough defeat last night and the players weren’t too happy with themselves afterwards, especially since they gifted the game to Fiorentina. This was also reflected in the reactions on social media.

Usually, most of the players publish something after the game to connect with the fans. However, after last night, only two players did so and they are Ismael Bennacer and Rafael Leao.

Bennacer wrote the following on his profile: “We lost a battle but this is no reason to give up. Let’s stick together guys”.

Leao had a similar message to share: “Tough but it will only make us stronger! United until the end, better results will come.”

READ MORE: Maignan could be back earlier than expected – Milan’s plan