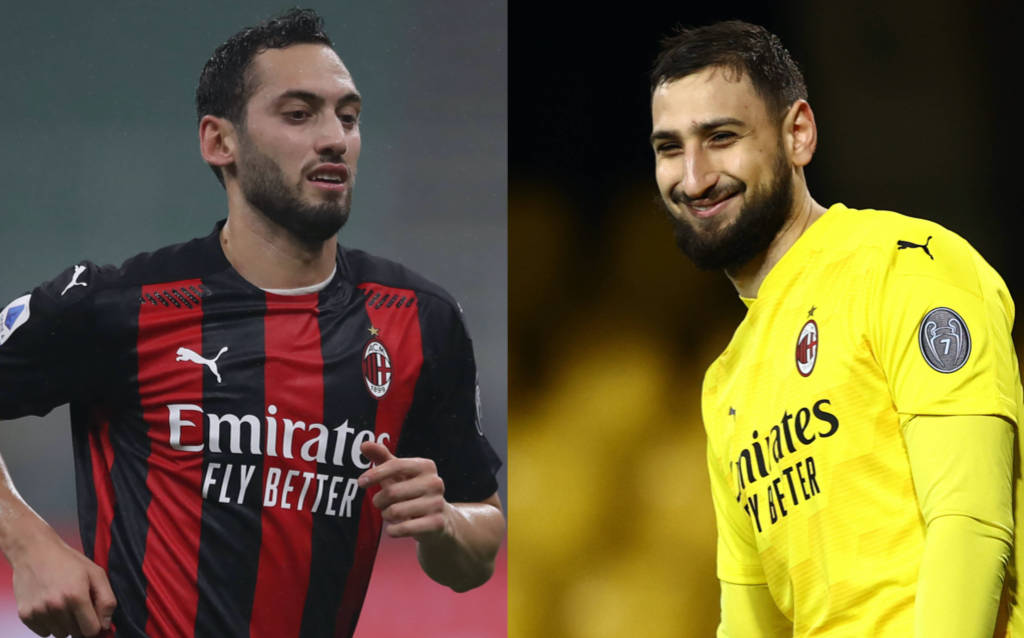 Milan president Scaroni comments on Donnarumma and Calhanoglu exits: “There is no recrimination”

Milan headed into the summer knowing that the aforementioned duo were on expiring contracts and despite a long back and forth with their respective agents Mino Raiola and Gordon Stipic, no solution was found with both players now heading elsewhere.

Gianluigi Donnarumma is expected to be announced as a new signing for Paris Saint-Germain imminently, while Calhanoglu seems set to be the latest player to cross the city divide and join the Rossoneri’s rivals Inter, as per multiple reports.

Speaking to the microphones of ‘Politics in the ball’, the president of Milan expressed his thoughts on the farewells of Calhanoglu and Donnarumma, with his comments transcribed by MilanNews and translated below.

“We put a limit on the cost of our players’ salaries. Beyond this limit everyone is free to do what they want. We made a top offer to Donnarumma for what we could but it was not enough,” he said.

“I have read then that Gigio wanted to get out of the comfort zone after so many years in Milan and it seems to me a positive thing for a professional who has always behaved very well at Milan. He is a nice and fun guy who continues his career in a big club, while Milan have found an excellent solution for the goalkeeper, so everything is fine.

“Calhanoglu at Inter? The same goes for him. We made an offer, then if he finds other solutions where he gets paid more, he is a professional, good for him. He had an excellent season and has always behaved correctly: everyone is free to make the choices they believe, on our part there is no recrimination.”

READ MORE: Milan expected to close deal for playmaker shortly but Real Madrid will have a buy-back – the figures