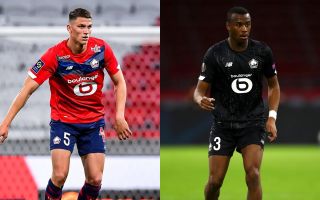 As a result of Simon Kjaer’s injury, AC Milan are expected to sign a centre-back during the January transfer window. Several names have been mentioned already and reports keep on coming with new targets.

Kjaer underwent surgery on Friday and he will be out for the rest of the season, which is obviously a huge blow for the Rossoneri. It’s also quite clear, therefore, that they could do with a centre-back signing in January to cover for the absence.

According to Rudy Galetti, Paolo Maldini and Ricky Massara have set their sights on two Lille defenders, among others. The players in question are Sven Botman and Tiago Djalo, with a respective price tag of €30-35m and €20m.

Djalo was actually part of Milan’s Primavera team but joined Lille as a part of the Rafael Leao transfer back in 2019. As for Botman, Wolves are also very interested in his services and the price tag might be deemed too high by the Rossoneri.