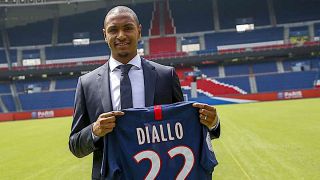 CorSera: Milan targeting €25m-rated PSG defender – how the deal could go through

AC Milan are interested in signing Abdou Diallo from Paris Saint-Germain but some things must change before the deal can happen, a report claims.

According to il Corriere della Sera (via MilanNews), the Rossoneri’s priority is to sign a central defender who can replace the injured Simon Kjaer and while a lot of names have been linked, the one certainty seems to be that Milan want a Tomori-style operation, i.e. a loan with the option to buy.

The management are obviously evaluating different profiles with most of them between 21 and 23 years old such as Sven Botman of Lille (€30m), Jhon Lucumi of Genk (€25m) and Szalai from Fenerbahçe.

However, PSG’s Diallo has emerged as an option too and the French club need to sell which is why they too are open to working something out. The asking price is about €25m for the 25-year-old, but they must open to a loan formula. The Rossoneri try to compromise with Leonardo by accepting an obligation to buy under certain conditions.

READ MORE: Chelsea enquire about Milan star but are met with €60m+ valuation