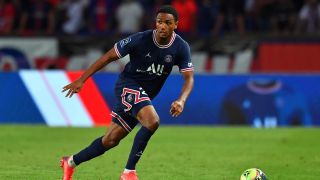 CM: Milan interested in PSG defender but have doubts about €20-25m deal – the situation

AC Milan are working to sign a new centre-back and the latest name to emerge as a target is Abdou Diallo of Paris Saint-Germain, but there are reportedly some doubts.

With his career having already passed through Mainz, Borussia Dortmund and now Paris, it appears he could be allowed to leave for a new challenge. Calciomercato.com reports that Milan are interested but there is a difficult factor to consider as Diallo has in fact been called up for the Africa Cup of Nations with Senegal.

This means that even if the deal were completed early in the January transfer window, he would not be available to join the team until potentially mid-February depending on how long the campaign lasts, which means he would not have much time to learn Pioli’s system.

Paris Saint-Germain also value him at €20-25m in a season that has seen him be far from a guaranteed starter. The salary should not be an obstacle as Diallo earns €5.5m gross per year so about €3m net, but there is certainly enough there to give Maldini and Massara some doubts.