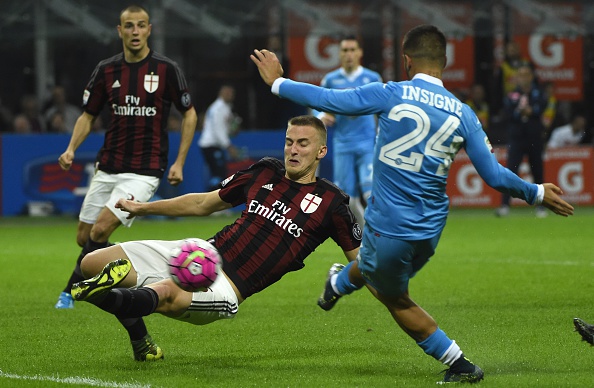 With incoming transfers on hold because of the negotiations to sell a major stake of the club to Chinese investors, AC Milan are focusing their attentions on current members of the squad and in particular the defence.

Central defenders Alex and Mexes both seem to be heading towards the exit door with their contracts set to expire but it is the opposite for fellow defender Cristian Zapata who is close to being offered a renewal.

There are no doubts over the future of Alessio Romagnoli, brought in last summer and labelled as the heir to Milan great Alessandro Nesta, but there are question marks over Rodrigo Ely and Gabriel Paletta. The former has barely featured this season while the latter spent the campaign on loan at Atalanta. Both of them want playing time, something that won’t be simple if Milan were to add another central defender to the squad over the summer. Should that be the case, Milan would be willing to sacrifice either Ely or Paletta, with the former going on loan and the latter moving on a permanent transfer.

Federico Albrizio, adapted and translated by Thomas Lawrence, Via Calciomercato.com