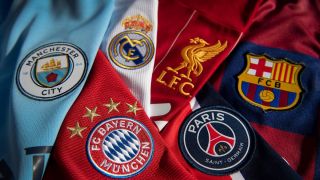 GdS: How Milan’s accounts for the 2020-21 season compare to other European clubs

AC Milan’s financial situation has improved overall compared to that of other top European clubs, a report has revealed.

Calcio e Finanza and MilanNews are both reporting that the accounting year has closed with a loss of €96.4m, a marked improvement compared to that of the 2019-20 season when the total stood at €-194.6m which was a record loss for Milan.

This morning’s edition of La Gazzetta dello Sport compares Milan’s financial situation for last season to that of other clubs, starting with Barcelona who dwarf the Rossoneri’s losses with their €-481m return.

Inter and Juventus are also on the podium as they made losses of €246m and €210m respectively, while even Manchester United with all their Premier League revenue made more losses than Milan at €-104m.

Borussia Dortmund came in at €-73m despite the amounts they always raise through player sales, while financial behemoth Real Madrid registered a profit of €1m.

#ACMilan's 2020-21 accounts compared to those of other European clubs.