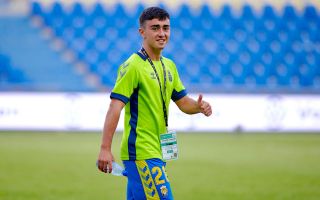 AC Milan’s scouts have circled Las Palmas midfielder Alberto Moleiro as a potential reinforcement for the future, a report claims.

According to Calciomercato.com, the 18-year-old midfielder is beginning to turn some heads with his performances for the Gran Canaria side, but he is looking to take the next step in his career and move to a bigger stage even if he is still young. This season he has played 12 games, amassing 1 goal and 1 assist, and he can play as an attacking midfielder, winger or as a box-to-box midfielder.

Barcelona and Real Madrid want him as well as Milan who ‘like him a lot’ but Las Palmas – who aim to return to LaLiga and are currently third in the second division – have no need and no hurry to sell the player.

Those who want Moleiro must submit an important offer or pay the full amount of the clause which is €10m. It has a potential deadline though, because the clause rises to €30m in case of promotion to the top tier.