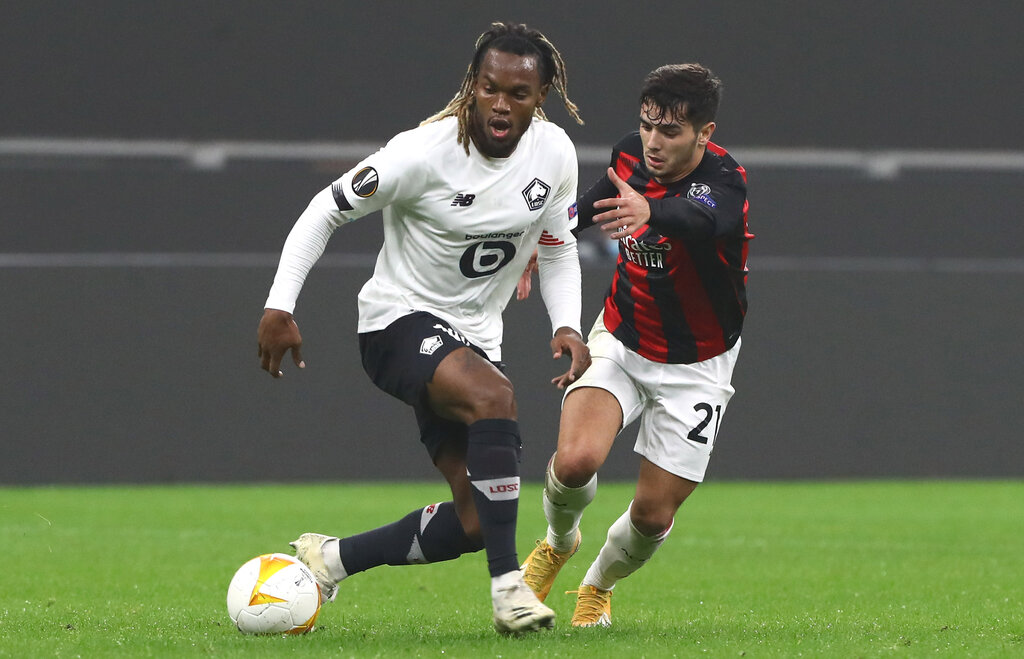 MN: Maldini and Massara admirers of Lille star as Donnarumma-Maignan situation could be repeated

AC Milan are interested in signing Renato Sanches and the conditions may be in place to land him, according to a report.

La Gazzetta dello Sport reported this morning the Portuguese international has ended up in Milan’s sights and he could follow the same path as his former Lille team-mates Mike Maignan by joining the Rossoneri. Sanches is ‘flattered’ by the interest of Milan and this is something that could lead to an acceleration of their pursuit.

MilanNews have confirmed that the Portugal international is one of the profiles that the Rossoneri management are following in view of Franck Kessie’s probable departure at the end of the season.

Directors Paolo Maldini and Ricky Massara hold Sanches in high esteem and the conditions could be in place to try and beat the competition to his signature. The player could push to leave Lille where his contract runs until 2023, while Milan have a good relationship with both the Ligue 1 club and his agent Jorge Mendes.

The report even mentions that it could be a Donnarumma-Maignan style situation where Milan scoop to secure Kessie’s replacement in advance.