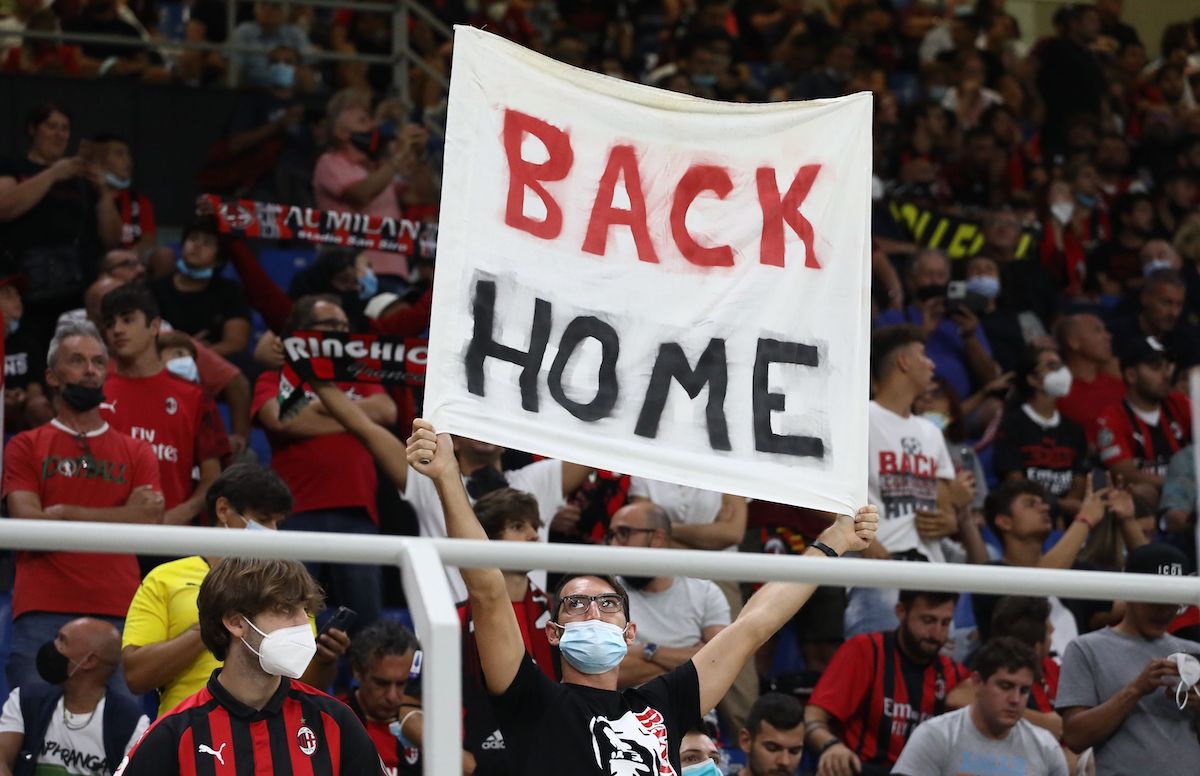 The return of fans to the San Siro has certainly provided a very welcome boost for AC Milan’s accounts, a report has revealed.

Today’s edition of Tuttosport (via MilanNews) reports how much Milan have collected in the eight home games played so far this season, with six of those being in Serie A and two in the Champions League against Atletico Madrid and Porto.

Despite the reduced capacity due to the restrictions for Covid, the eight games so far have injected the Rossoneri’s coffers with a nice amount of around €15m. Of course there are other big games to come this season too which should be sell-outs, like the Liverpool home game plus the crucial games against Juventus, Napoli and Roma at home.

It is more good news regarding Milan’s finances after it was recently confirmed by MilanNews and other sources that the accounting year has effectively closed with a loss of €96.4m, a marked improvement compared to that of the 2019-20 season when the total stood at €-194.6m.

READ MORE: Ibrahimovic has told Milan management that Vlahovic should be his long-term heir