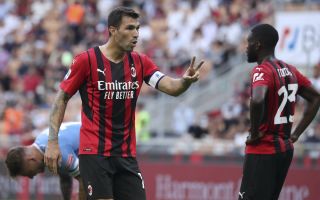 GdS: Romagnoli negotiating Milan extension without Raiola and is willing to take pay cut – the situation

Alessio Romagnoli is reportedly negotiating his own extension with AC Milan and without the assistance of his agent Mino Raiola, a report claims.

La Gazzetta dello Sport (via MilanLive) takes a look at Romagnoli’s situation and reports that it was the player himself who took some small steps forward to try and find an agreement with Milan and extend his stay. He is aware that the current salary he earns – around €6m net per season – is too high for the club.

The former Roma man hopes to get around €4.5m while Milan, on the other hand, do not want to go beyond €3.5m which would mean a sizeable reduction but it would still ensure he is one of the highest paid players at the club.

A meeting should be held before the end of the month to clarify the stance of the parties but as mentioned above Mino Raiola, his agent, might not be there. After Donnarumma’s farewell, the relationship between Raiola and Milan is not exactly idyllic and Romagnoli could thus decide to try and handle talks alone.