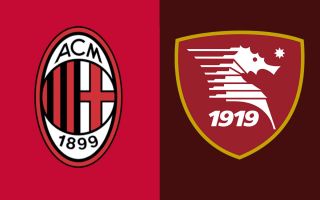 Great run against newly promoted sides: All the key stats ahead of Milan vs. Salernitana

AC Milan will face Salernitana in Serie A for the first time in over 22 years when they host them at San Siro this afternoon, looking to make it back-to-back wins.

➤ There have been no draws in the four Serie A matches between Milan and Salernitana, with three AC Milan victories (including two in the 1998/99 season) and a Granata win (4-3 in June 1948).

➤ Milan have lost only one of their last 20 Serie A games against newly promoted sides (W14, D5), keeping 12 clean sheets in this period – their only defeat came against Spezia (0-2 away from home in February 2021).

➤ Salernitana have never won in their six away Serie A games against sides from Lombardia: after a 0-0 draw against Atalanta in 1947 they lost their following five.

➤ Although AC Milan have won five of their last seven home Serie A matches, they haven’t won in the two most recent: a draw against Inter and a defeat against Sassuolo; under Stefano Pioli, the Rossoneri have never lost two home league games in a row, doing so for the last time back in September 2019, under Marco Giampaolo.

➤ Salernitana are the 18th team that have lost at least 11 of their first 15 Serie A matches in a season: of the previous 17, only one avoided relegation, Crotone in 2016/17.

➤ After losing each of their first four away games in Serie A this season, Salernitana are unbeaten in two of the last three: a win against Venezia in October and a draw against Cagliari in the most recent one; however, they have never won more than one away match in a single Serie A campaign.

➤ Milan’s Zlatan Ibrahimovic could become the first player to score against 80 different sides in the big five European leagues since 2000; currently he is on 79, ahead of Cristiano Ronaldo (78).

➤ Franck Ribéry’s last goal in Serie A was netted against AC Milan in March 2021 – he has gone 17 games without goal since then in the competition: this is the Frenchman’s third longest streak in the big five European leagues, after 24 games with Fiorentina (between 2020 and 2021) and 19 with Marseille (between 2005 and 2006).