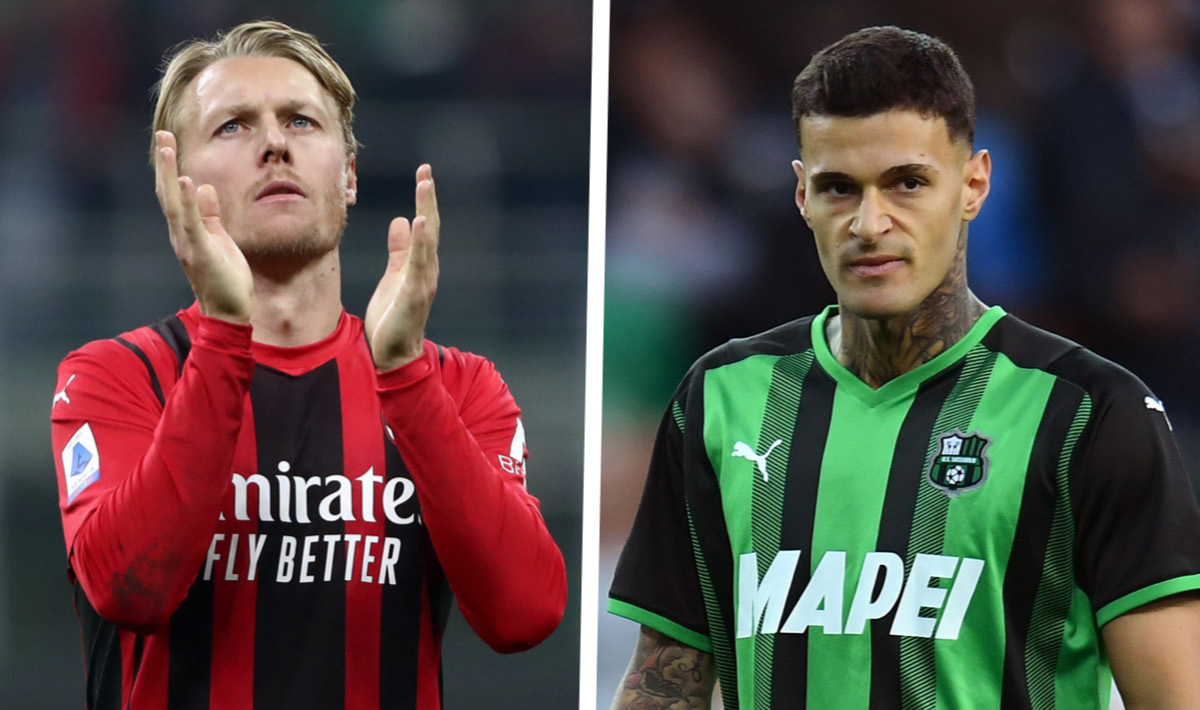 AC Milan will look to return to winning ways after the defeat against Fiorentina when they face Sassuolo at San Siro this afternoon.

You can read about the probable starting XIs for the game here, while the game itself could very well be decided by who comes out on top in a number of different battles. The Neroverdi ran out 2-1 winners against Milan in the same fixture last season, so Stefano Pioli knows more so than anyone that maximum attentiveness will be needed.

There should be an interesting battle for example down Milan’s left side between Theo Hernandez and Sassuolo’s right-back Jeremy Toljan. We know the importance that the Frenchman has in Pioli’s system and how hard he can be to stop, while his opponent is a former Dortmund man with 0 goals and 0 assists in 9 league games so far this season, meaning it could be a duel of attack vs. defence.

Speaking of which, Simon Kjaer will have to be sharp to keep out the talented young Sassuolo striker Gianluca Scamacca, who has been persistently linked with Milan in the past. Of course Alessio Romagnoli will have an eye on him too but he and Theo must focus on cutting out the threat of the dangerous Domenico Berardi who loves to dart in off the right wing.

Zlatan Ibrahimovic is looking to tie Pippo Inzaghi on 73 league goals for Milan and his tussle with veteran centre-back Vlad Chiricheș should be a very interesting one. The 32-year-old Romanian has faced the Swede before, while Ibra may actually try and target Gian Marco Ferrari instead.

Finally, Tiemoue Bakayoko‘s performance will be under the microscope as he gets a first start of the season since his return on loan from Chelsea, and he will have to keep tabs on Davide Frattesi who has actually been linked with a move to Milan during the week. 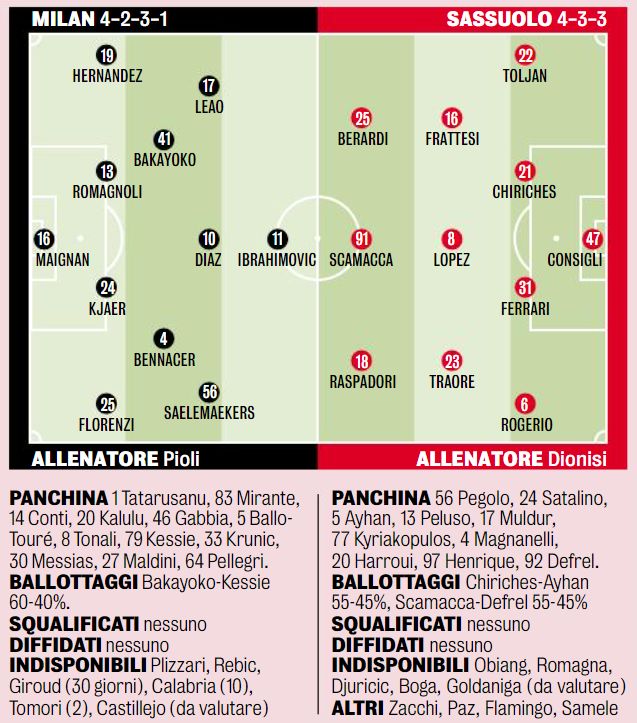