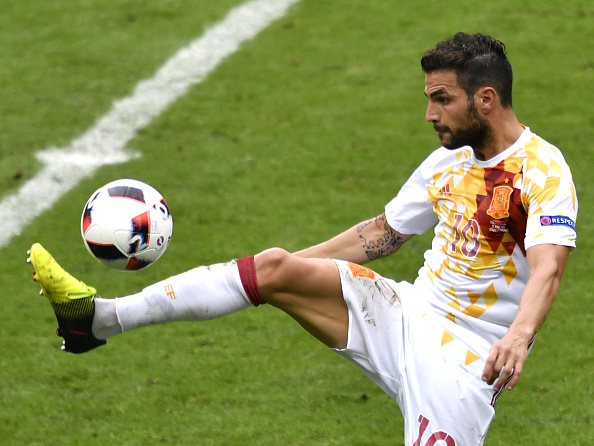 Milan wants Cesc Fabregas, but not in exchange for Alessio Romagnoli which is what Chelsea are asking for.

The final target of last summer by Adriano Galliani may become the first of the January window under the new Chinese owners when business will be overseen by the new double act of Fassone and Mirabelli.

As Corriere dello Sport states this morning, it’s no coincidence that the two men were in attendance at Stamford Bridge on Saturday to watch the Blues overcome Leicester City.

Alongside them last weekend was Pastorello, the man responsible for overseeing the deal that took Antonio Conte to the Premier League. The 29-year-old Spaniard is finding a place in the starting XI difficult under the former Italian national team boss and it’s unlikely that he will stand in his way should the midfielder decide to leave in January.

What seems abundantly clear however, is that the Rossoneri will not take part in any player plus cash deal that would see highly-rated central defender Alessio Romagnoli head in the opposite direction even if financially, they would be the club who benefits the most.

Milan must now wait for the response from Fabregas to see if a move to Serie A is really what he desires and whether a villa already set aside on Lake Como can be a possible deal breaker.