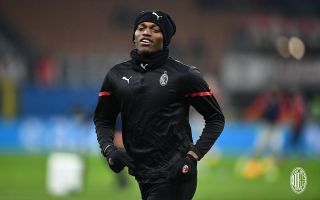 AC Milan are aware that they have an incredibly valuable asset in Rafael Leao and there is now a rush to secure his long-term future, it is claimed.

Yesterday’s excellent performance off the bench against Genoa is just the latest sign that Leao is maturing into one of the best wingers in the league, with the Portuguese winger stepping up to the challenge after an inconsistent first two seasons following his arrival from Lille.

MilanNews reports that the Milan management have been negotiating the extension of Leao’s contract with Milan until 2026 for weeks now, and the parties are talking to each other to try and find an agreement that satisfies everyone.

Leao is showing that he is in an excellent moment of form and is developing at a rapid rate, showing his impressive speed and just how damaging he can be to defences in Serie A, while he remains happy with life in Italy by his own admission.

Now, it is important for Milan not to let another Donnarumma and Kessie situation, by acting ahead of time to show Leao how much he is appreciated, giving him a pay rise in the process.