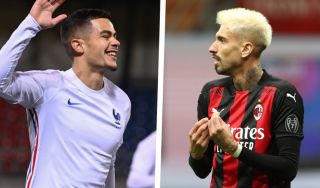 AC Milan’s January transfer window will be heavily conditioned by players they are able to offload that are not part of the plans, it is claimed.

Speaking in a video on his Instagram, Daniele Longo of Calciomercato.com reports that Pietro Pellegri is unhappy with the amount of playing time that he has received so far and he could leave in January, but he is not the only player who might leave.

The journalist adds that Andrea Conti will leave in January as the right-back has fallen down the pecking order and has not played a single minute this season. Meanwhile, Genoa are interested in signing winger Samu Castillejo but he would prefer to return to Spain.

Milan want around €5-6m to sell Castillejo and they would then buy another player for the attack. Romain Faivre remains a name the Rossoneri are looking at, and the idea for formula has changed to potentially signing him in January and loaning him back until June. Longo is not expecting any big expenses in January.