The extent of AC Milan’s injury problems this season have been well documented, but it is staggering how few players have had an uninterrupted campaign thus far.

As SempreMilan’s Stefano Sartori has revealed, there are only six players who have not missed any games this season due to injury, Covid or suspension and they are as follows: Ciprian Tatarasanu, Matteo Gabbia, Pierre Kalulu, Andrea Conti, Sandro Tonali and Alexis Saelemaekers.

It is worth noting that Matteo Gabbia has featured sporadically this season while Andrea Conti has not even played a single minute, so they have hardly been under enough strain to even cause injury.

Thid comes after Antonio Vitiello of MilanNews reported that Rafael Leao suffered a strong muscular contusion in the back of his right thigh during Saturday’s win against Salernitana and is likely to miss the game against Liverpool, while Theo Hernandez also missed training due to a strong cold which he must recover from in order to play. 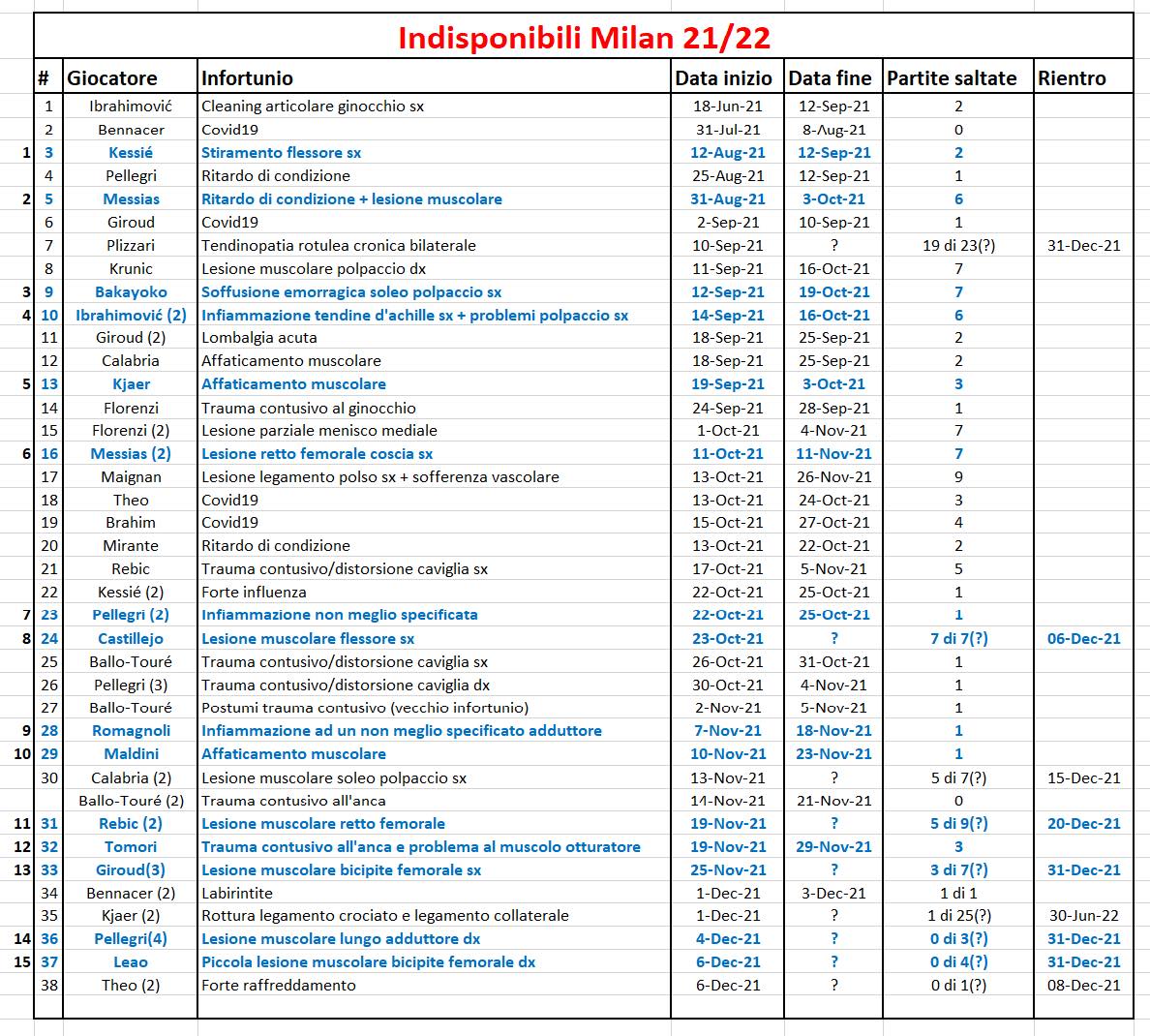 READ MORE: Milan sent scout to watch Adli plus another midfielder during Bordeaux-Lyon