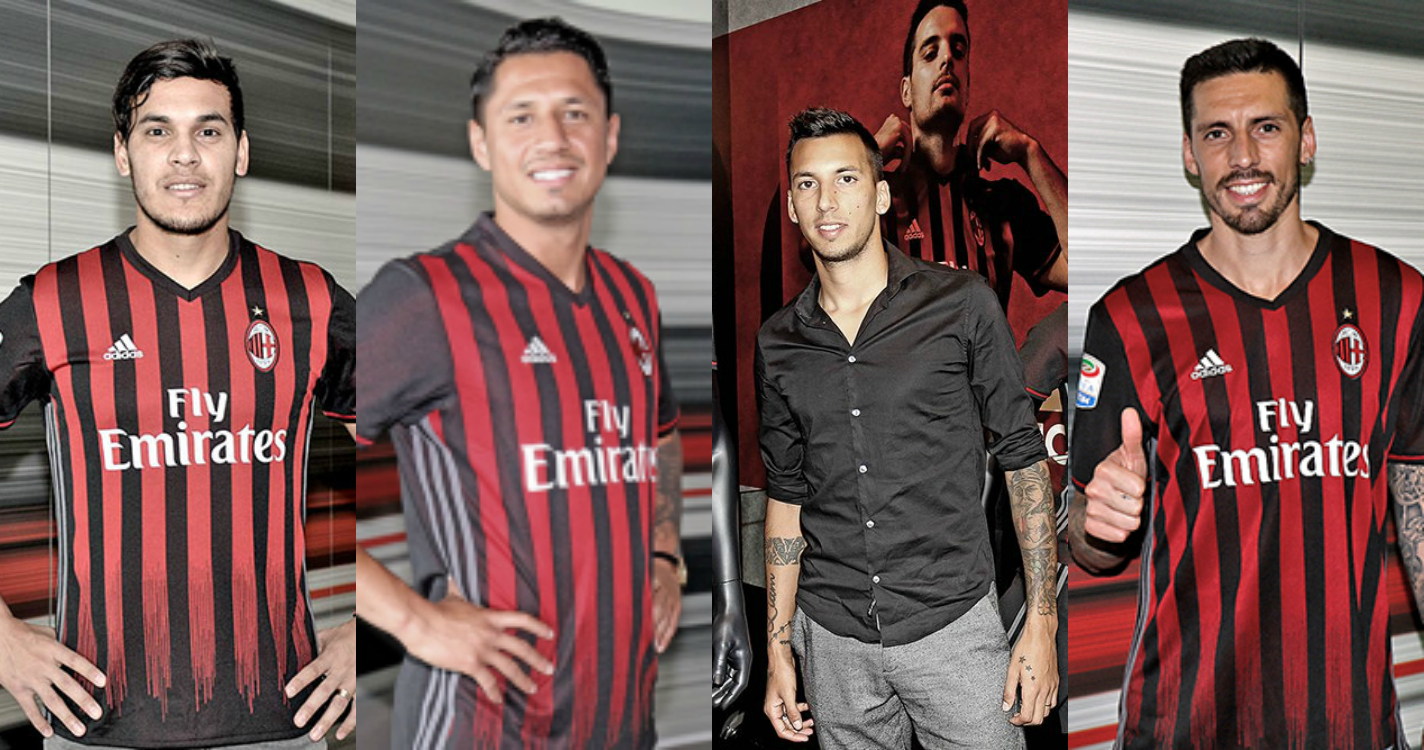 It’s difficult to judge a team’s potential for the new season on the strength of their summer transfer business.

At Milan, however, this is what seems to have happened with a huge drop in season ticket sales and a fan-base that believes that the team is no stronger now than it was last season.

Forget the prices, a transfer campaign should be judged on the quality of the players brought in and the positives they can bring to the team. Vincenzo Montella’s shopping basket this summer, has contained four players who may only be bit-part players in the upcoming season.

Vangioni arrives in Europe for the first time in his career but looks to only be an alternative to De Sciglio and Antonelli. Central defender Gustavo Gomez has arrived but looks to be third in the pecking order behind Romagnoli and Paletta. Jose Sosa flew into Milan this week from Besiktas after a long, drawn out transfer saga.

Many Milan fans are wondering what all the fuss was about; the 31-year-old’s best position could be as an attacking midfielder but this would force Montella to abandon the 4-3-3 system that he’s been working on all summer.

Finally, there’s Lapadula, a striker who was inspirational to Pescara’s promotion last year but the 26-year-old will find holding down a regular first-team slot in the top-flight a very different prospect.

There are still 12 days of business left in the transfer market and there will no doubt be some more arrivals but with a difficult start to the season (Torino and Napoli the first two opponents) Milan fans are already fearing the worst after a summer of uncertainty both on and off the field.