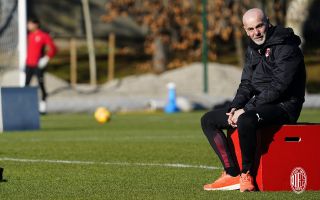 AC Milan will face their next three opponents with a selection crisis again, and two of them involve clashes against their biggest rivals.

Milan’s 2022 started very well in terms of results with wins against Roma and Venezia followed up by a cup win over Genoa after extra-time, but the health of the squad is anything but ideal at the moment due to a combination of injuries, Covid and international commitments.

MilanNews reports how the Rossoneri will face Spezia (January 17), Juventus (January 23) and Inter (February 6) with only Florenzi, Kalulu, Gabbia, Theo Hernandez and the returning Calabria fit in defence, then just Bakayoko and Krunic available for the midfield against Spezia because Tonali is suspended.

Kjaer and Tomori are injured, Romagnoli has Covid-19 and should be back against Juventus, but Ballo-Toure, Kessie and Bennacer are at the African Cup of Nations. The matches against Juventus and Inter are obviously more worrying, and there is an extra concern: Theo Hernandez is one yellow away from suspension.