Bad San Siro omens and final third performers: All the key stats ahead of Milan vs. Spezia

AC Milan will be looking to make it three league wins from three to begin 2022 and reclaim top spot in the process when they host Spezia this evening.

Milan are in a bit of a selection crisis at the moment (doesn’t that sound familiar) as Tomori, Kjaer and Romagnoli will all be missing from the defence while Bennacer, Kessie and Tonali are unavailable to play in the midfield pivot, so it could end up being a very tight game.

➤ Milan have won two of their three Serie A meetings against Spezia, with the other being a defeat in the second season meeting last term – 0-2 at the Stadio Picco.

➤ Spezia have lost each of their three Serie A games played at the Meazza (vs. Inter or Milan): only at the Olimpico in Rome have they played more games in the competition (four) with a 100% loss rate.

➤ Spezia have gone unbeaten in three of their five matches against sides in the top two at the start of a Serie A matchday – winning against Milan in February 2021 and Napoli last December, with a draw against Inter in April 2021.

➤ Milan have won their last three league games, scoring 3+ goals in each: they last scored 3+ goals in more consecutive matches in November 2011 (five in a row).

➤ Milan have won 10 of their 11 league games against sides currently in the bottom half of the Serie A table this season (D1): they are the team who have won the most points against such opponents (31, three more than Inter and Napoli).

➤ Spezia have won their last two Serie A away matches without conceding: in their previous 28 away games in the competition, they had won only five encounters and kept just three clean sheets. 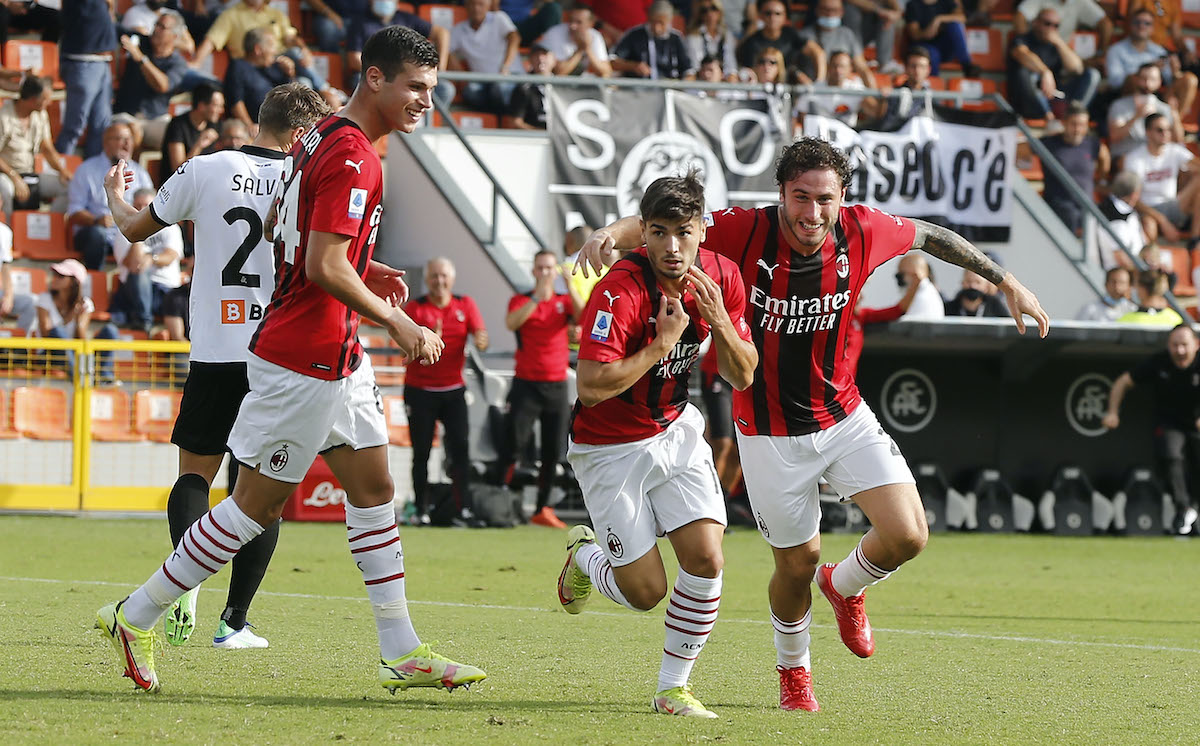 ➤ No side has scored more goals than Milan in the final 30 minutes of play in Serie A this season (18) – this is a period in which Spezia have scored fewer goals than any other side (7).

➤ The only time that Milan’s Rafael Leão has scored 2+ goals in a single Serie A game was in an October 2020 meeting against Spezia; against no other side has he scored more goals in the Italian top-flight (two).

➤ Spezia’s Simone Bastoni scored his very first Serie A goal against Milan, in February 2021; no player has scored more away league goals without scoring at home this term than Bastoni (three – level with Federico Bonazzoli, Riccardo Orsolini, Josip Ilicic and Nikola Kalinic).