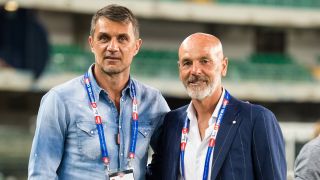 AC Milan currently have two working hypotheses in mind in their pursuit of a defender ahead of the January transfer window, a report claims.

According to Di Marzio (via MilanNews), directors Paolo Maldini and Ricky Massara working on multiple profiles and different solutions while waiting to understand what budget they will be given by owners Elliott Management. The team’s exit from the Champions League and from Europe in general given they finished bottom of the group is certainly a factor that will affect the evaluations.

However, there is also the ambition of fighting for the title and this could push the club to give the green light to a big investment for a central defender. There are two hypotheses at the moment: bringing forward a purchase they had in mind for next summer, or carefully watching the evolution of the market and seizing opportunities that could come from big clubs, perhaps via a favourable loan formula.

Everything will depend on the strategy that is chosen which will obviously be dependant on the budget that the owners decide to put in the hands of Maldini and Massara.