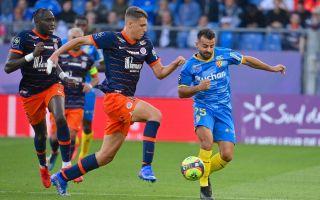 New names are emerging almost daily in AC Milan’s pursuit of a new defender and the latest target on their list is Maxime Esteve of Montpellier, a report claims.

Tuttosport (via MilanNews) reports that the 19-year-old talent has ended up in Milan’s notebook because Paolo Maldini and Ricky Massara have received several positive reviews from the Rossoneri scouting department, who have viewed him many times over the last few weeks.

The paper adds that it is worth keeping an eye on Esteve for possible developments moving forward given that Milan have repeatedly shown a willingness to bet on young talent before their stock rises too high, as seen through acquisitions like that of Pierre Kalulu from Lyon.

Maxime Estève has made 13 appearances for Montpellier in the league this season and stands at an imposing 1.93m tall, with his large frame being one of the most striking features given he is still a teenager. He came through the academy at the Ligue 1 side, playing for Montpellier HSC under-19.