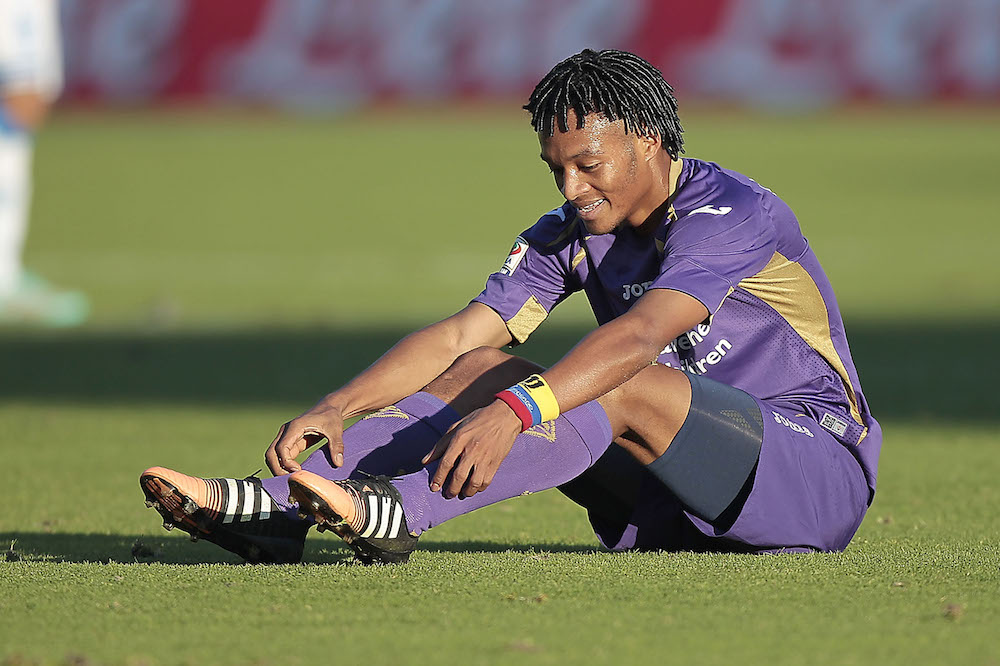 AC Milan are set to fight it out with Juventus for Chelsea winger Juan Cuadrado, according to reports in Italy.

Vincenzo Montella coached the player at Fiorentina and is looking to use the potential cash investment in AC Milan to re-unite with the player.

Mediaset Premium state that the Colombian is the latest target for the Rossoneri ahead of their Chinese takeover, for which a preliminary agreement is expected in the coming days.

Montella has revealed the possibility that Milan may play a 4-3-3 formation, and Cuadrado would suit this perfectly with his experience in Serie A.

At La Viola, the former Udinese man bagged 26 goals and 21 assists in 106 games.

The 28-year-old is wanted at Juve after what has been considered to be a successful loan, in which he amassed a combined 10 goals and assists in 28 league appearances.

It’s reported the latest Bianconeri offer to Chelsea is €26m and Milan aim to match it.