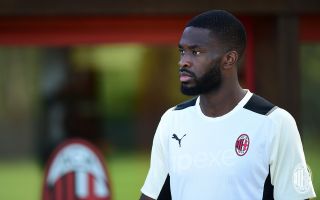 AC Milan may now be forced to intervene quickly on the transfer market as they await news of the extent of Fikayo Tomori’s knee injury, a report claims.

Tuttosport (via MilanNews) reports how Tomori was in fact forced off during the first half of the Coppa Italia extra-time win over Genoa last night after feeling some discomfort in his knee, and only the instrumental tests – which he will have today – will reveal how minor or serious the issue is.

Of course Stefano Pioli hopes that it will not be anything serious given Milan have already lost Kjaer for the whole season due to a knee injury, but it is worth remembering what Paolo Maldini said before the game and therefore before the injury.

“In this beginning of the season we have seen the solidity and reliability of our reserve defenders, so it is not certain that another player will arrive between now and the end of the season,” he said.

If it were determined that Tomori has to miss a few weeks, then the Rossoneri management would be forced to accelerate for a new centre-back, with Abdou Diallo of Paris Saint-Germain and Eric Bailly of Manchester United mentioned as well as Nicolo Casale of Hellas Verona.