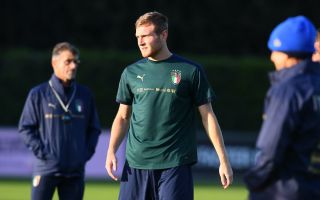 Torino are very happy with what they have seen from Tommaso Pobega so far as they are already wanting to make his loan deal a permanent one, according to a report.

The Granata signed Pobega on a season-long dry loan over the summer with the aim of helping the player grow but also giving new head coach Ivan Juric an extra piece for his midfield, and so far the Italy U21 international has been impressing.

According to Tuttosport (via PianetaMilan), Torino intend to do everything the can to keep Pobega beyond the end of the season and to change the formula of the operation by negotiating with Milan. Pobega is very happy at the moment as he is starting continuously in Serie A and he earned a call-up to the national team thanks to his recent form.

It is possible therefore that the 22-year-old feels he is already at the right place to get the minutes he needs to make the World Cup in Qatar in 2022. His relationship with Juric is excellent and Pobega has apparently let his current team-mates and the management of the Turin-based club know that he would like to continue his experience.

Milan could find themselves in a position to sell even if at the moment it seems unlikely. The first condition needed would be renewing Franck Kessié’s contract, while the second would be if they chose to replace the Ivorian by investing in a profile like Renato Sanches, meaning they would need money which a nice capital gain – such as from Pobega’s sale – would fund.