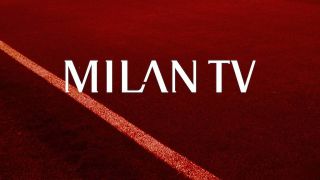 AC Milan’s official channel Milan TV will now be broadcast abroad after a deal was struck with Spring Media.

According to Calcio e Finanza, Milan have reached an agreement with Spring Media, who will be the exclusive international sales agent for Milan TV.

The report claims that he agency will be responsible for distributing a 8-hour weekly program which will be produced in English and will go out around 40 times a season.

The package will include full replays of matches that the men’s first team play as well as the women’s team, a weekly in-depth study called “AC Milan This Week”, interviews with players and legends and some behind the scenes content.

Spring already work with Arsenal and Chelsea in England, and they will take over the licensing responsibilities of Milan TV with immediate effect.

Now, their sales team will start talks with stakeholders with the overall goal of expanding the Milan brand and boosting the club’s commercial revenue.

Casper Stylsvig, AC Milan Chief Commercial Officer, stated: “A fundamental pillar of the commercial strategy and of AC Milan is being able to distribute our content all over the world.

“The agreement with Spring Media will allow us to reach our 400 million fans around the world with our style of communication and our language, strengthening the relationship between the club and its fans.”